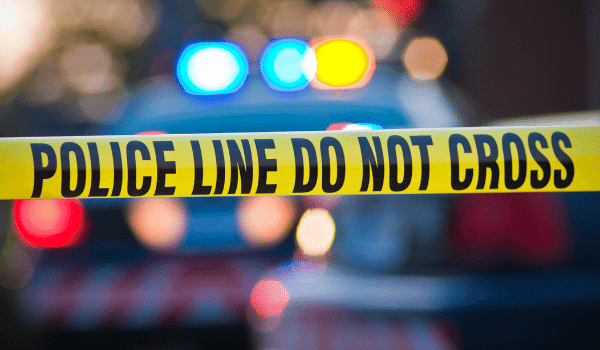 As the sun was setting Friday (3/26/21) night, the resort area of the Virginia Beach Oceanfront was just getting busy. It was humid for late March, and Atlantic Avenue was filling up with people in shorts and bathing suits.  The night started as an unseasonably warm one.  The street was packed with locals and tourists enjoying the nice weather.  But that all changed around 11:20 p.m. when police responded to a shooting at Atlantic Avenue and 20th Street. Investigators believe a group of people got into an argument that escalated into a physical fight.

During the fight, several people pulled guns and started shooting at each other, police said. Multiple people were hit during the firefight. Officers swarmed to the scene and police started trying to figure out what happened.

Paul Neudigate, the Virginia Beach Police Chief, said an officer was nearby when gunfire broke out and chased down one of the shooters who was later charged. Neudigate called it “extremely troubling” that people started firing with so many people around, including a police officer.

Several minutes later, officers heard more gunshots coming from a couple blocks away, near the 1900 block of Pacific Avenue, where a 29-year-old woman, Deshayla E. Harris of Norfolk, was killed in what police called an unrelated shooting. Neudigate said detectives are still investigating but think she was a bystander hit by stray gunfire.

Around that time, a Virginia Beach police officer in the area shot and killed a man, 25-year-old, Donovon W. Lynch of Virginia Beach.

It was part of a horrific series of events that turned the Oceanfront from a warm spring night of fun into chaos and violence. When everything settled, two people were dead and at least eight others were injured in the shootings.

“We have a very chaotic incident, a very chaotic night in the Beach,”  Chief Neudigate said during a press briefing following the shootings. “Many different crime scenes.”

Police initially called Donovon W. Lynch an “armed citizen.” At a press conference Saturday night, Neudigate said a gun was found “in the vicinity of where this incident occurred.” He said there’s no evidence at this time it was Lynch’s gun but that it was still early in the investigation.

The chief said the officer who fired did not have his body camera activated and investigators did not know why.  “Unfortunately for us, we don’t have a whole lot of answers,” Neudigate said.

Deshayla “Shay” Harris — who also lives in Norfolk — was a cast member on Oxygen’s reality television show Bad Girls Club. A fan website for the show described Harris as a “firecracker fashionista (who’s) always ready to party.” She appeared in all 10 episodes of season 17.

The male victim appears to be the same Donovon Lynch who played football for Norfolk Christian Schools and later at University of Virginia’s College at Wise, where he was listed as a 6-foot-4, 325-pound offensive lineman. A LinkedIn page bearing Lynch’s name says he graduated from UVA Wise with a bachelor’s degree in physical education in 2019.

The authorities have charged three people in connection with the shootings:

Each is charged with seven counts of felony assault, illegally using a gun and recklessly handling a gun and are locked up at the Virginia Beach city jail. Police believe all three were involved in the first shooting in the 2000 block of Atlantic Avenue.  During the shootings, a Virginia Beach police officer was hit by a vehicle. The officer was taken to a hospital, treated and released.


Police said in a press release that the officer who shot Donovon W. Lynch, a five-year veteran assigned to the Special Operations Division, is now on administrative assignment pending the outcome of the investigation. 2

A Community on Edge

On most busy summer weekends, Virginia Beach police officers patrol on horseback and bicycles. The department did not immediately respond to an inquiry about whether those measures were in place on Friday when crowds began to form on Atlantic Avenue.

George Kotarides, president of the Atlantic Avenue Association, which represents businesses and neighborhoods in the resort area, said Friday night’s deadly shooting was a tragedy and senseless: “I have to ask why? What’s the point?”  The association’s members are working to make the resort area a safe, welcoming place, but violence continues to set them back.

The tragic Virginia Beach Oceanfront events, coupled with the active shooter incidents in both Georgia and Colorado a week prior have people from all walks of life and from all over the country wondering how businesses, schools, and communities can better protect themselves.  Many echo the sentiment that we need to do more to reduce violence in our communities, but most understand that these types of initiatives take time and that people need options now, not months or years from now.

When shootings take place, the scenes are chaotic, confusing, and overwhelming.  People in the immediate area of the events are often paralyzed with fear and consequently have a difficult time calling for help and conveying adequate information to law enforcement.  Details become blurred, time perception can slow down or accelerate,  visual and auditory function can be affected, and fine motor skills can be depleted entirely.  This all happening at a time when focus and deliberate action are crucial when lives are in danger.

ASR Alert Systems is a state-of-the-art patented critical incident response technology specializing in the field of threat alert notifications to local Law Enforcement and First Responders in the event of a crisis. The threat notification capabilities include Active Shooter/Assailant, Medical Emergencies, Severe Weather, Security Issues and more.   Here is how it works:

ASR is wholly dedicated to saving time to save lives and we approach our critical incident response technology from the perspective of those responding to crisis events. ASR offers the best critical incident response technology solution in the industry. Our reliable and redundant methods of alerting persons who are in danger, as well as providing the fastest notification to law enforcement by communicating directly with police dispatch are not matched. Our patented critical incident response technology uses hard-mounted buttons, mobile pendants and a mobile phone application to DIRECTLY communicate with first responders in the area to significantly decrease response times to an active threat or crisis situation.  Communicating DIRECTLY with first responders is what makes ASR different from every other system on the market, we hold the patent on this technology.

At ASR, we understand the complexities of active shooter and other crisis events.  We know that communicating accurate information to first responders is key to reducing confusion and is critical for everyone involved.  Let us help your organization or event with our patented technology today by requesting a free virtual demo below because Saving Time Saves Lives.