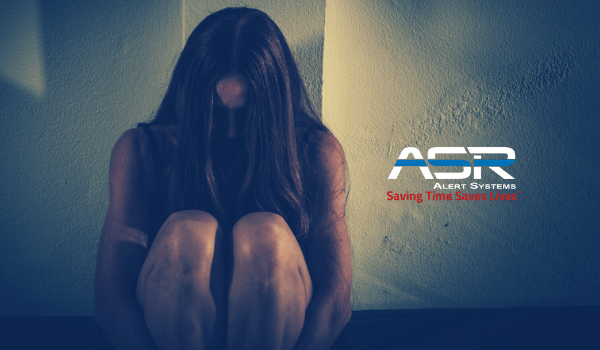 Have you ever been in a crisis situation?  Think simple.  A car accident, a sports injury, a child spiking a dangerous fever?  How did you react?  Did you react how you would have expected?  When confronted with a crisis, most people do not react the way that they would expect to.  A person in a car accident may call a loved one before calling the police, or remain in a dangerous situation when logic would rule they move away.  A person seeing someone injured may instinctively try to get the injured party to stand up, when in fact that might do more damage and cause more injury.  A parent embarking on a dangerous fever with a child may not even know at what point a fever is actually dangerous and needs medical attention.  Why?  To put it simply, we often fail to respond adequately to a crisis because we have never prepared to be a victim of a crisis.

The Crisis of the Active Shooter Epidemic

While car accidents and injuries seem to be viable possibilities in our lives, most of us still fail to prepare for them.  We simply assume we will know what to do and how to respond.  How many people carry a break glass device or seat belt strap cutter in their cars?  How about a safety blanket or a first aid kit?  Most don't, but logically everyone should.  Why would we fail to prepare for a potential car accident when most of us assume we could actually be involved in a car accident at some point in our lives?  Why do we wear seatbelts if we don't assume we could actually be in a car accident, but yet fail to take any other precautionary steps for our survival should we actually be in an accident?

This highlights our complacency in general which also begs the question of how we approach other possible dangers we may encounter.  Specifically active shooters.  When it comes to thinking about the possibility of an active shooter, most people do not think the same way in terms of it being a possibility.  In reality, most people brush off the thought because they don't believe it will ever happen in their community or organization.  Most people believe it will never happen to them, until it does. 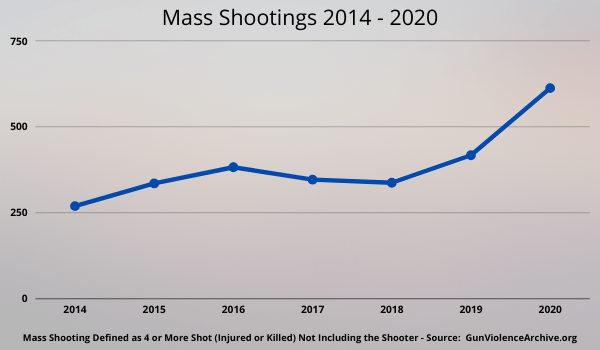 Since 2014, the United States has seen a steady increase in mass shootings.  A mass shooting, as defined by GunViolenceArchive.org is explained as four or more people shot, whether injured or killed, not including the shooter.  These statistics clearly line out an epidemic in our society and people are beginning to take notice.  The problem was especially highlighted for parents in 2018  when 17 students at Marjory Stoneman Douglas High School (Parkland, FL) were murdered by a lone gunman.

The shooting took place during the afternoon of February 14, 2018, at Marjory Stoneman Douglas High School in Parkland, Florida, an affluent suburb about 30 miles northwest of Fort Lauderdale.  The shooter, former student Nikolas Cruz, was dropped off at the school by an Uber driver at 2:19 p.m., shortly before dismissal time. According to a police report, Cruz was carrying a rifle case and a backpack when he was spotted and recognized by a staff member who radioed a colleague that he was walking "purposefully" toward Building 12. The first staff member claimed that his training called for only reporting threats; his colleague hid in a closet.

The shooter entered Building 12, a three-story structure containing 30 classrooms typically occupied by about 900 students and 30 teachers. Armed with an AR-15 style semi-automatic rifle and multiple magazines, the shooter activated a fire alarm and began firing indiscriminately at students and teachers.  The fire alarm caused confusion because there had been a fire drill earlier in the day.  At about 2:21 p.m. a staff member heard gunfire and activated a code red lockdown. An armed school resource officer of the Broward County Sheriff's Office was on campus when the shooting broke out, and remained outside between Building 12 and adjacent Building 7.  The shooting lasted six minutes. On the first floor, the shooter fired in the hallway and into four classrooms, killing eleven people.  Cruz then went to the second floor, where he fired into two more classrooms but did not kill anyone. On the third floor, he shot and killed six people in the hallway. He also attempted but failed to shoot outside through the windows, which were hurricane-resistant. After he stopped shooting (possibly because his rifle jammed), it's claimed that the shooter dropped his rifle on the third floor of the building and left the scene by blending in with fleeing students. It is alleged that the shooter then walked to a fast-food restaurant (stopping at a mall to get a soda on the way) and lingered before leaving on foot at 3:01 p.m.

Here is a 911 call from that tragic day. The incident rattled the soul of America.  Since then, many municipalities have worked to implement legislation relating to active shooter situations.

While everyone should applaud legislative steps to make public spaces safer for patrons, specifically schools, it is worthy to look into the specific language relating to some of these proposals.  Most law-makers are considering the implementation of panic alarms in all public schools which would allow an alert to be sent to first responders when a crisis event, like an active shooter occurs.  This is amazing news and is a great first step toward doing all that we can to protect innocent lives by getting police and first responders the adequate information needed to mitigate loss of life.  This step, however, also requires us to examine the language of legislation closely so as to assure that implemented solutions will actually function as intended.

For example, some legislation allows for the panic alarm to be help via a phone application only.  Put simply, the panic alarm may be allowed to be held solely on a cell phone as a phone app that victims would initiate via their phones.  While the concept may sound good initially, let us consider how an app only solution may present weakness in a crisis event.

Studies have proven that performing simple tasks, such as entering your passcode into your phone, then dialing 911 can be nearly impossible for most people when their lives are in danger. App activation requires you to unlock your phone, then scroll to find the app that you never use, open it, then scroll through the list of options, locating the type of emergency that pertains to your situation, then entering the number of fields required to identify and validate your request for that particular emergency response.  All of this, assumes that your mobile device is on your person during the onset of the event.  NOTE: Most schools do not allow students or teachers to conduct classes with cellphones turned on and in hand.

Apps are fully dependent on WIFI or cellular for connectivity. Reliability can quickly become an issue. After you’ve sent your message to law enforcement, how are you sure that it was received? Does dispatch first try to contact the location and verify before sending the police? This significantly slows down police response time, and this may also increase false alarms.

App Only Systems are More Susceptible to False Alarms

When a facility has hundreds of employees, parents, and students on its platform, accidental activation is inevitable. Mistaken activation of the App also alerts those not at the location to receive these alerts. Non-law enforcement persons (parents or other staff) are now rushing to the scene, possibly armed, ultimately creating a dangerous situation for police, students, staff, and others.

Your phone is not activated to the alert. There are NO sirens, NO strobes, or any other method of providing you with an alert to warn you of the danger.  What if you have a disability that prevents you from quickly or easily viewing an alert on your phone?

To put it in more simple terms.  Would you ever consider having a fire alarm as an application on your phone being the only means of communication?  Would it ever occur to a school or business that the best way to alert the fire department would be through a cell phone only?  OF COURSE NOT!  That is what a FIRE ALARM is for.  A clearly distinguishable device on the wall that everyone knows to push if there is a fire.  Why?  Because its obvious, easy, fast, and reliable.

For example, the U.S. government and Fire Safety professionals DO NOT allow apps to activate Fire Alarms within a building. Why would you rely on an app to alert your personnel of a life-threatening situation and be uncertain that law enforcement has been notified and is responding?

ASR Alert Systems is patented state-of-the-art critical incident response technology specializing in the field of alert notifications to Law Enforcement and First Responders in the event of an active shooter or other crisis. Our technology can be customized to any industry, building, or event. We deliver customer-specific technology unmatched by anyone.

Having dedicated hardware that is readily accessible and easy to operate is KEY when it comes to life-saving tools.  The methodology utilized to place the ASR Alert button stations is different for every client and/or organization. By having a dedicated button that is mounted in convenient locations (such as in a classrooms or near office doors) or wearing a pendant, staff can activate an alert to staff and provide law enforcement with all of the necessary information to respond with the PRESS OF A BUTTON. By depressing the ASR Alert Button, Law Enforcement Dispatch know the location name, address, location within the facility, and type of emergency.

While we applaud all that lawmakers are trying to accomplish with panic alarm legislation, it is ultimately up to decision-makers to determine which system is viable in a real-world active shooter event at their organization.  While app only solutions are easily the most affordable, their human cost may far outweigh the financial savings.  Its up to you to determine your risk factor for your organization, let ASR show you how to prepare for the best possible outcome should an active shooter situation  happen in your building.