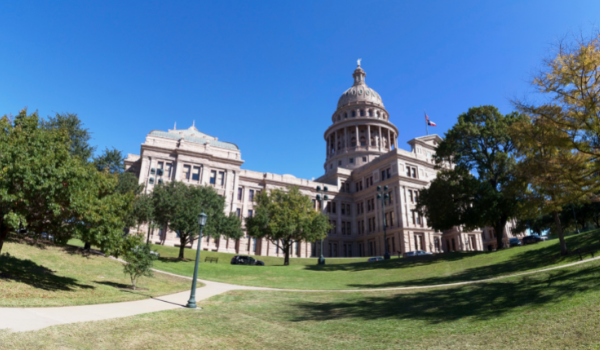 TEXAS - State Rep. Brooks Landgraf has filed legislation to create an active shooter alert system, this is in response to the mass shooting in Odessa, Texas a year ago.  A spree shooting occurred in the West Texas cities of Midland and Odessa on August 31, 2019, when a gunman shot multiple people from a vehicle.  Eight people were killed, including the perpetrator, and 25 people were injured, including three police officers. It was the third mass killing to take place in the United States in August 2019, along with the El Paso Walmart shooting and the Dayton shooting.  Authorities identified the shooter as 36-year-old Seth Aaron Ator from Lorena, Texas, who had been fired from his job the morning of the shooting spree.  He was shot and killed by police outside a movie theater in Odessa

HB 103 would require the Texas Department of Public Safety to implement an alert system to be activated on the report of an active shooter. The alert system would then notify residents within a 50-mile radius of the shooter’s location.  The bill would also require the Texas Department of Transportation to establish a plan for providing relevant information to the public within a 50-mile radius using their existing dynamic message signs throughout the state.

“...last year, my hometown of Odessa, joined an ever-growing list of American cities that have tragically experienced a mass shooting,” Landgraf said in a statement. “In the aftermath, I receiver countless calls and messages from constituents with ideas on how to address the problem and prevent massive losses of life in the future. Everyone I’ve spoken with agrees that we have a need for this statewide active shooter alert system, similar to the Amber Alert.”

Landgraf says he’s worked closely on the bill with families of the victims.

“The goal of HB 103 is to save lives and assist first responders,” Landgraf continued. “An alert system of this kind could have helped spare the life of Odessa High School student, Leilah Hernandez, who was killed almost an hour after the shooting rampage began. That’s why Leilah’s family – and other victims’ families – are passionately advocating for this alert system. Now it’s time to get to work and get this bill to the governor’s desk.”

Landgraf:  The first bill I filed is aimed at protecting Texans in the event of a mass shooting. House Bill 103, if passed, will create a statewide active shooter alert system. The need for such a system was made abundantly clear after the tragic events of August 31, 2019. I hope to honor the victims of that shooting and protect the lives and constitutional rights of all Texans through this legislation.

The Need for a Threat Alert System is Real

There is no doubt that saving time saves lives.  Since 2016 there have been nearly 2,000 mass-shooting events in the United States.  A mass shooting event is defined as four or more shot or killed, not including the shooter.  In all mass shooting and active shooter events, there is potential for mass chaos.  Studies have proven that performing simple tasks, such as entering your passcode into your phone, then dialing 911 can be nearly impossible for most people when their lives are in danger.

This is where an emergency alert system comes into play.  A simple solution to inform first responders instantly so that help can arrive as quickly as possible is necessary so that people involved in the incident can notify the police and then quickly seek safety.

An Alert System is a Need, Widespread External Notification, Probably Not

While we applaud the proposed legislation in Texas, we feel it is our obligation to point out that mass-notification EXTERNALLY to individuals NOT associated with the location under attack or law enforcement tasked with responding to the attack could be a recipe for issues.

Estimates of Texas gun ownership range from 35 to 43% of the population, which is above the national average.  With the currently proposed legislation, every Texan within a 50-mile radius would receive an alert of an active shooter (regardless of the type of organization that is being attacked).  In this situation, it's reasonable to assume that most Texan patriots will rush TOWARDS the scene, when in fact they should actually be moving AWAY from the scene so that law enforcement can secure it.  If multiple civilians run toward the scene, how would police know who is the bad guy with a gun and who are the good guys with guns?  Ultimately, this confusion could cause more issues than the legislation intends to curb.

ASR Alert Systems is patented state-of-the-art critical incident response technology specializing in the field of alert notifications to Law Enforcement and First Responders in the event of an active shooter or other crisis. Our technology can be customized to any industry, building, or event. We deliver customer-specific technology unmatched by anyone.

Our critical incident response technology uses hard-mounted buttons, mobile pendants and a mobile phone application to DIRECTLY communicate with first responders in the area to significantly decrease response times to an active threat or crisis situation.  Here is how it works.

In today’s age where due diligence is a must, this system aids in shortening law enforcement response time and provides instant communication to those facing an Active Threat, so they may commence with their emergency protocols and ultimately mitigate losses.