Terrorism Threat to the U.S. Homeland 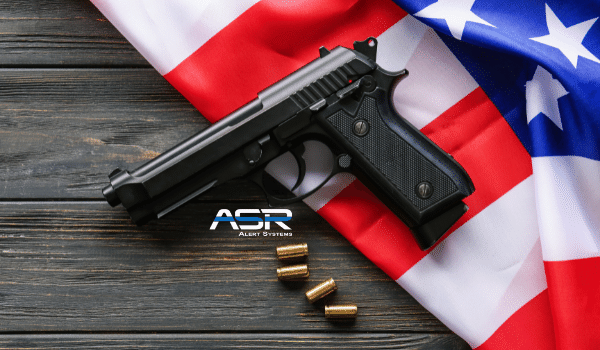 The Secretary of Homeland Security has issued a new National Terrorism Advisory System (NTAS) Bulletin regarding the current heightened threat environment across the United States.  The Homeland continues to face a diverse and challenging threat environment leading up to and following the 20th Anniversary of the September 11, 2001 attacks as well religious holidays that could serve as a catalyst for acts of targeted violence. These threats include those posed by domestic terrorists, individuals and groups engaged in grievance-based violence, and those inspired or motivated by foreign terrorists and other malign foreign influences.   Such threats are also exacerbated by impacts of the ongoing global pandemic, including grievances over public health safety measures and perceived government restrictions.

The State of Things, What is Driving the Heightened Threat?

We all see it every day.  The state of things.  The world as we know it, everywhere, is in some form of disruption.  The pandemic has been ongoing for over 18-months, the economy is in flux, inflation is raging, and mental health is declining for a large portion of the population.  Here is some information of particular importance:

How DHS is Responding

How You Can Respond

Here at ASR Alert Systems, we are dedicated to bringing you state-of-the-art critical incident response technology in the field of alert notifications to law enforcement and first responders in the event of an active shooter or other crisis situation. Our technology reaches across dozens of vertical markets spanning every state in the U.S. Our systems are completely customizable and feature an open-ended API platform that permits integration with almost any communication system that may already be in place at your organization.

Our critical incident response technology uses hard-mounted buttons, mobile pendants, and an optional mobile phone application to DIRECTLY communicate with first responders in the area to significantly decrease response times to an active threat, an act of violence, or other crisis situation. 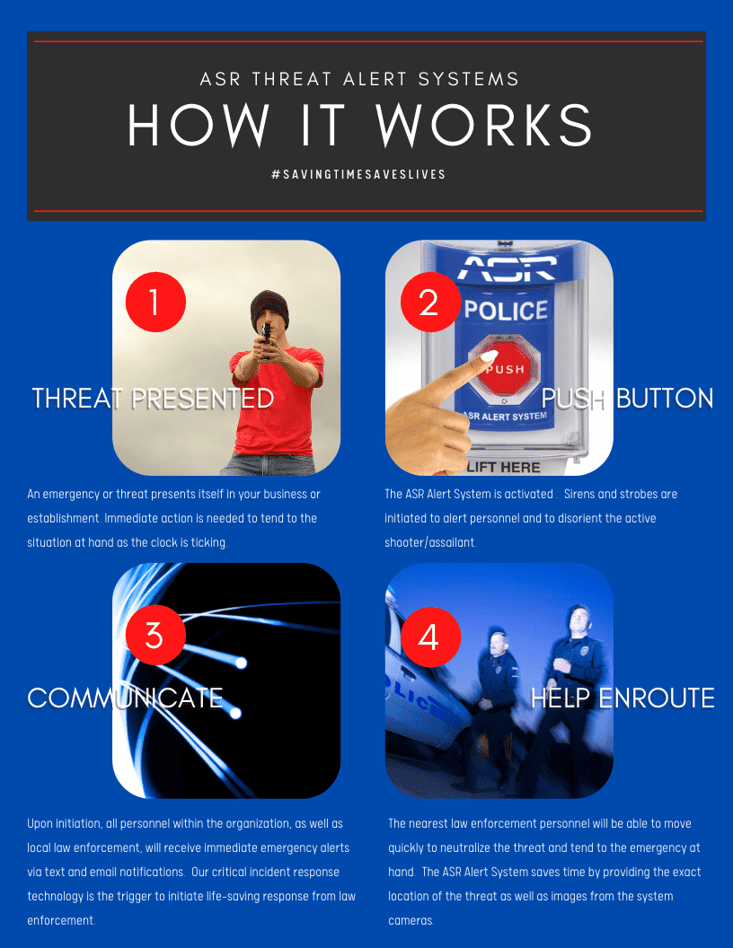 The ASR Threat Alert System can and should be a part of emergency response plans for any and all organizations as it bridges the gaps between panic, communication, and life-saving response.

By installing the ASR Threat Alert System, a business is helping to mitigate the harms of an active shooter, act of violence, or other crisis events.

You may also fill out the form below.

Always remember to report suspicious activity and threats of violence, including online threats,  to local law enforcement, FBI Field Offices, or local Fusion Center. If you know someone who is struggling with mental health issues or who may be a danger to themselves or others, support is available.