The report, “Rethinking Educational Facilities as Digital Entities,” discusses the assessments, challenges, and priorities of education facility managers across the U.S., Germany, and China. Covering school facilities from pre-kindergarten through high school, as well as colleges, universities, and trade schools, it reveals concerns about issues like physical infrastructure (such as outdated HVAC systems) and how to enhance and invest in digital infrastructure for the sake of security, safety, building health and emergency response. According to the results of a new survey from Honeywell Building Technologies, 93% of schools reported an emergency incident due to an infrastructure malfunction within the last year. Similarly, within that same timeframe, 43% reported a cybersecurity or physical site breach. A little less than half (45%) of the education facility managers surveyed said that site security (including video surveillance and access control) and fire and life safety systems were among their top priorities in the coming 12–18 months.

The survey’s results revealed a common theme among all three countries that we want to point out.  Safety and security remain top priorities.

About 52% of respondents listed site security as one of their highest priorities, including 34% who said that improving site security through various means was their top priority. Concerns regarding facility security included physical security and access control (77%); communication with staff, students, and parents (76%); identifying the root issues of security and intrusion (73%), and reducing air filtration and contaminants (74%). 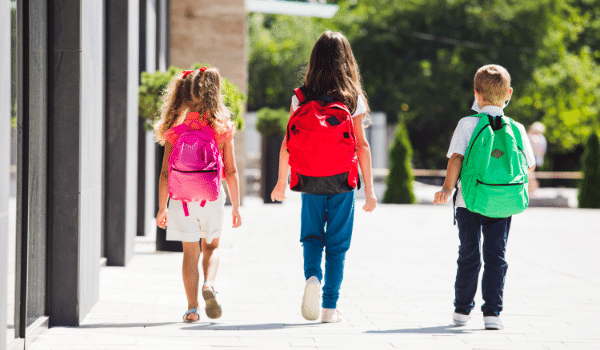 What Does This Mean for the Education Sector?

In some parts of the United States, school security measures are required. For example, an examination of school safety and security data after the February 2018 high school shooting in Parkland, FL, reveals that 15 states have mandated requirements for school safety. The data from the Police Foundation found that security requirements included:

Another report, by the Education Commission of the States (ECS) that was released in February 2019, also summarizes statutes and regulations on K-12 school safety for all 50 states and the District of Columbia.

The concern regarding public security has expanded over the previous decade, as individuals are defied with various hazardous situations from artificial and regular emergencies. The loss of life and damage to property is enormous, in the case of any destructive event.

The increasing demand for fast message delivery in emergency cases and the development of pioneering technologies are two of the major factors that education facilities are considering.  This is creating a rise in the adoption of duress-based solutions in enterprises across education and healthcare end-users.  As a result of mass shootings like Las Vegas (Oct 2017) and Parkland (Feb 2018), organizations are increasingly focusing on public safety.

How Can ASR Help?

The ASR Threat Alert System can and should be a part of emergency response plans for any and all organizations as it bridges the gaps between panic, communication, and life-saving response.