Americans are taking notice, almost EVERY DAY we see another story about an active shooter terrifying innocent victims with a mass shooting.  We MUST take all threats seriously and put into place the resources necessary to stop the violence and save lives.

How many stories must we learn about before we take the active shooter threat seriously?  It is time to intervene. 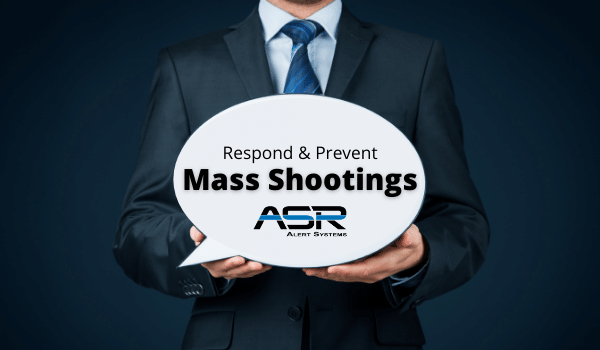 2021 is off to a very deadly start.  A mentally disturbed individual killed eight people at various Atlanta businesses. In the Denver area, a grocery store attack killed ten people, including a responding police officer. In March, the Virginia Beach Oceanfront saw a string of shootings spanning several blocks.  The first two weeks of April brought us shootings in California, Mayland, Texas, and Tennessee.  At an Indianapolis FedEx warehouse facility, a disgruntled ex-employee killed nine former co-workers.  History has shown that the tragedy of an active shooting attack occurs all too frequently and 2021 is no different, in fact, it is becoming obvious that the number of incidents is on a sharp and steady incline.

RELATED:  Active Shooter Events and Foreseeable Risk
Unfortunately, such mass shootings also occur on school and college campuses.
While mass shootings in schools get a lot of media attention, it is important to understand that schools are not the only targets.  Nationwide since 2014 (Gun Violence Archive):

Law enforcement defines an active shooter as an individual who is actively engaged in killing or attempting to kill persons in a confined and populated area, typically through the use of a firearm. A mass shooting is further characterized by four or more injuries or deaths occurring as a result of the attack. not including the shooter. Active shooters typically act alone and will almost never take hostages or negotiate with authorities before the incident is over. On average, an active shooter situation will last approximately eight minutes, enabling the attacker time to cause significant damage even before law enforcement is able to arrive on the scene. 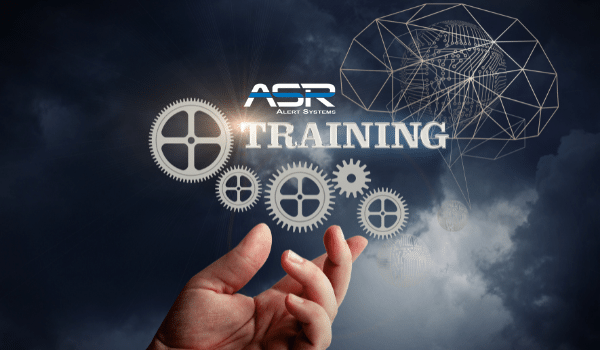 The reality of the active shooter threat means organizations must know how to respond if confronted with this deadly situation.  There are many popular and effective active shooter response protocols available today to include:

These response strategies have proven useful in affording innocent victims the best chance of evading harm, and it is incumbent on those responsible for organizational safety to provide such training to all who can benefit.  This includes employees, staff, students, and all potential invitees.

The truth of the matter is simple.  In a crisis situation, an individual will rise or fall to the level of training they have achieved.  When in a crisis, our brains are overwhelmed by the situation, many people panic and cease moving altogether.  Our brains sort through a database of responses, and without training, a person is more likely to choose the wrong response.  Panic is a tragedy of errors, but it is one of the more preventable human mistakes that we can lessen by training the mind in how to respond.

Additionally, individuals need to also understand what actions to take as they escape the danger.  Simple details such as displaying empty and raised hands when confronted by arriving authorities so as not to be mistaken for the threat.  An organization can do a lot to help its employees and invitees by implementing active shooter protocol training and making certain to practice said training.

Just as important, personnel, should learn the warning signs of a potential active shooter.

The Warning Signs of an Active Shooter 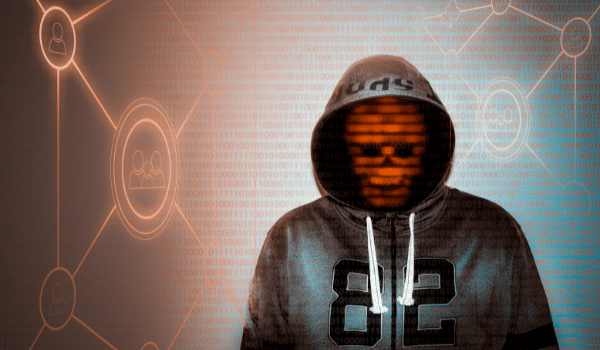 These can all be precursors to someone who is contemplating a mass shooting. It is essential to take any and all threats seriously that suggest violence and to implement the necessary resources and intervention. In nearly all mass shootings to date, the shooter had made public statements regarding the intent to commit the act, and nearly all shooters had a personal connection to the facility and/or person(s) targeted.  Providing assistance to a troubled individual in advance can prevent violent actions in the future.

If you see/hear something, say something.

In a Mass Shooting, Responding Officers Need Information to Save Lives

OF UTMOST IMPORTANCE, responding officers will need actionable, precise, and accurate information, including the identification of the threat taking place and the location of the attacker. 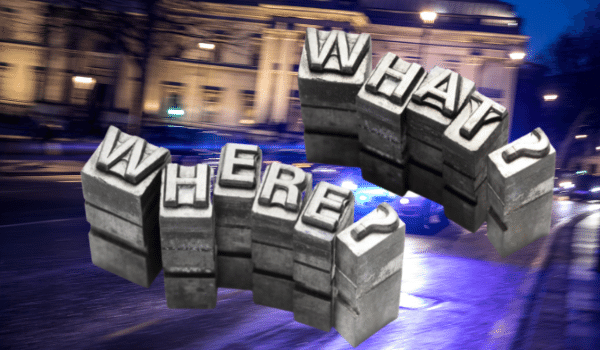 It is imperative that organizations begin to provide options for those under attack should a mass shooting or other violent situation occur.

Consider the science of a typical brain during fear response.  People have reported:

In a fear response situation, a person may very likely NOT BE ABLE to communicate effectively to responding authorities (i.e. when calling 911 when under attack from an active shooter).  Therefore, having a simple and somewhat "thoughtless" process for victims becomes a critical component to getting first responders the life-saving information they need.

During a crisis event like an active shooter, when many (if not all) people involved will be experiencing some depletion of motor skills, having a plan to summon help is by far one of the most important keys to survival.  That is, calling the professionals for help and making sure they have the right information IMMEDIATELY so that response can be IMMINENT.  Traditional methods of contacting the police have proven to be ineffective many times over as people experiencing the life-threatening situation have a difficult time remaining calm and communicating the information that police need to respond to.  This is where ASR comes in.

Having dedicated hardware that is readily accessible and easy to operate is KEY when it comes to life-saving tools.  The methodology utilized to place the ASR Alert button stations is different for every client and/or organization. By having a dedicated button that is mounted in convenient locations (such as in a classroom or near office doors) or wearing a pendant, staff can activate an alert to staff and provide law enforcement with all of the necessary information to respond with the PRESS OF A BUTTON. By depressing the ASR Alert Button, Law Enforcement Dispatch know the location name, address, location within the facility, and type of emergency.

While difficult to influence the actions of those who are mentally ill or wish to commit violence, the safety and security of individuals can be enhanced through an understanding of active shooter response strategies.  Moreover, the recognition of the potential warning signs and providing intervention to the individual in question can enhance the safety of the overall community.  Finally, by having reliable methods of communicating with first responders during a violent attack, organizations can better prepare to mitigate the loss of life.  Let ASR show you how to prepare for the best possible outcome should an active shooter situation happen in your building.  SCHEDULE A VIRTUAL DEMONSTRATION FOR YOUR ORGANIZATION TODAY.