More Than 292,000 Students Have Experienced Gun Violence in Schools Since Columbine

If you watch the news, you have seen the trends.  If you are paying attention, you realize that with every new school shooting we generally respond in the same manner.  We are horrified.  We are gripped with sadness and grief.  We offer our prayers and support.  We are outraged at the senseless nature of the deaths and injuries.  We weep for the children.

And then the story fades into the background and the process repeats itself time and time again. 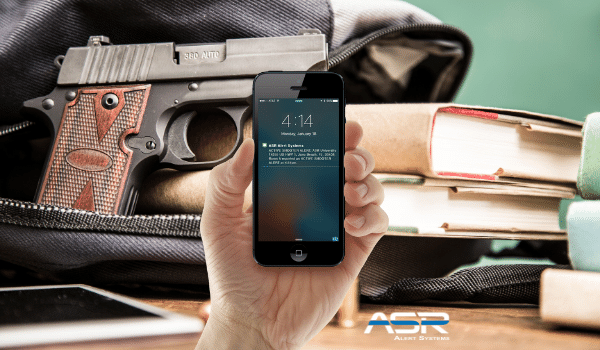 The Washington Post has spent years tracking how many children have been exposed to gun violence during school hours since the Columbine High massacre in 1999.  Beyond the dead and wounded, children who witness the violence or cower behind locked doors to hide from it can be profoundly traumatized.

The Post pieced together its numbers from news articles, open-source databases, law enforcement reports, and calls to schools and police departments.  With these sources in mind, the count now stands at more than 292,000 children at 310 schools.

The Post has found that at least 157 children, educators, and other people have been killed in assaults, and another 356 have been injured.  Even as the list of incidents has expanded, however, the trend lines have remained consistent.  Among The Post’s most important findings: the disproportionate impact of school shootings on children of color.  Black students make up 16.6% of the school population, but they experience school shootings at twice that rate.  In cases where the source of the gun could be determined, more than 85 percent of shooters brought them from their own homes or obtained them from friends or relatives, according to The Post’s analysis.

Seven in 10 shooters, were under the age of 18, which means that — often because of an adult’s negligence — dozens of children had access to deadly weapons.  The median age of school shooters is 16.

The Washington Post spent a year determining how many children have been affected by school shootings, beyond just those killed or injured. To do that, reporters attempted to identify every act of gunfire at a primary or secondary school during school hours since the Columbine High massacre on April 20, 1999. Using Nexis, news articles, open-source databases, law enforcement reports, information from school websites, and calls to schools and police departments, The Post reviewed more than 1,000 alleged incidents but counted only those that happened on campuses immediately before, during, or just after classes.

Shootings at after-hours events, accidental discharges that caused no injuries to anyone other than the person handling the gun, and suicides that occurred privately or posed no threat to other children were excluded. Gunfire at colleges and universities, which affects young adults rather than kids, also was not counted.

After finding more than 200 incidents of gun violence that met The Post’s criteria, reporters organized them in a database for analysis. Because the federal government does not track school shootings, it’s possible that the database does not contain every incident that would qualify.

To calculate how many children were exposed to gunfire in each school shooting, The Post relied on enrollment figures and demographic information from the U.S. Education Department, including the Common Core of Data and the Private School Universe Survey. The analysis used attendance figures from the year of the shooting for the vast majority of the schools.

The Post’s database is updated regularly as school shootings are reported and as facts emerge about individual cases. The Post is seeking assistance in making the database as comprehensive as possible. To provide information about school shootings since Columbine that fit The Post’s definition, send an email to schoolshootings@washpost.com.

You can also download a 1999 FBI report:  The School Shooter: A Threat Assessment Perspective HERE.  While this study was done over 20 years ago, we still face many of the same challenges today.

A Generation Living in Daily Fear of a School Shooting

A 2018 Pew Research Center study indicated that a majority of American teens are very or somewhat worried about the possibility of a shooting happening at their school – and most parents of teens share that concern.

When tragic school shootings take over the headlines, it's not surprising that parents and their children experience deepening worries and fears that a shooting could take place in their own school. In fact, it is not uncommon for people to feel everything from shock and sorrow to fear and anxiety, even anger.  These feelings have only deepened in recent months as many people deal with the mental health fallout from Covid-19 restrictions, lockdowns, and uncertainty.

Today, active shooter drills are as common as fire drills and in many states they are mandatory.  In addition, the number of shootings happening in or around U.S. schools is increasing. Mass shootings, in general, are also becoming more deadly.  Many believe this to be a product of fame-seeking shooters pursuing greater body counts to cause the maximum amount of anguish, thereby overshadowing the deadliness of prior incidents.  A disturbing thought to say the least.  It's no wonder our children are living in fear. 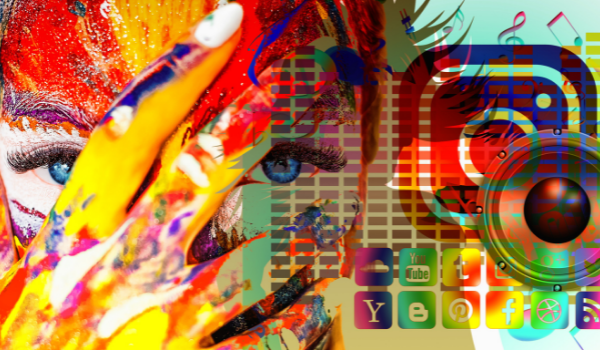 In the wake of violent threats against schools across the country, many stemming from social media, local school districts are on high alert. Students as young as 12 have been taken into custody after making alleged threats.

While most of these threats do not appear to be credible, they cause major disruptions. They cause needless fear in students and staff members and are very unsettling for communities as a whole. Suspects face criminal charges including felony charges of making a terroristic threat as well as school-level discipline.

While there is no research that supports any advantages for the use of social media for our children, there is plenty of evidence to suggest that it can cause great harm and emotional danger.  Even so, kids will access these platforms.  The bigger issue we must address is why kids are lashing out in these ways.

Every threat must be taken seriously, and school districts across the nation have committed extensive resources to investigate these threats on an almost daily basis.  No threat can be ignored and most security professionals are very worried that 'their threat will be the real deal.  Statistically speaking, officials are correct to worry.  The last school shooting was just 34 short days ago (as of 1/3/22) and the next one could happen anywhere and at any time.  Were a threat to be ignored that turned out to be credible, the fall-out would be tremendous.  Students and parents must be aware that any threat of violence against a school will be taken seriously and repercussions for the offender will be swift and steep.

How Can We Help Prevent Violence in Schools?

The CDC developed technical packages to help communities and states prioritize prevention strategies based on the best available evidence. The strategies and approaches in the technical packages are intended to shape individual behaviors as well as the relationship, family, school, community, and societal factors that influence risk and factors for violence. They are meant to work together and to be used in combination in a multi-level, multi-sector effort to prevent violence.

How Can We Help Mitigate Losses When Violence Strikes?

ASR Alert Systems is a patented state-of-the-art critical incident response technology specializing in the field of alert notifications to Law Enforcement and First Responders in the event of an active shooter, violent event, or other crisis.

Our reliable and redundant methods of alerting persons who are in danger, as well as providing the fastest notification to law enforcement by communicating directly with police dispatch are not matched. Our patented critical incident response technology uses hard-mounted buttons, mobile pendants, and a mobile phone application to DIRECTLY communicate with first responders in the area to significantly decrease response times to an active threat or crisis situation.  Communicating DIRECTLY with first responders is what makes ASR different from every other system on the market, we hold the patent on this technology.  Our app also includes an anonymous reporting function.   If you want ASR to speak with your school, PLEASE DOWNLOAD THIS FLYER AND THIS FLYER TODAY.