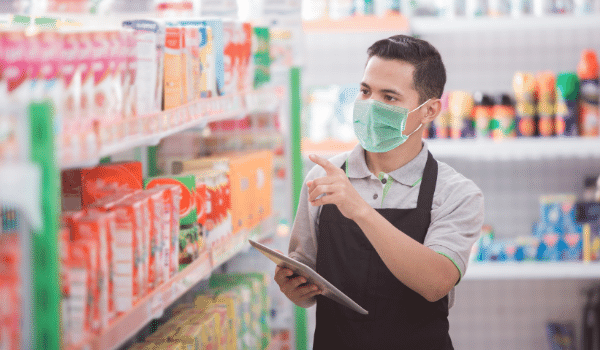 The Pandemic Was Just the Beginning

It may not be something that most people think about on a daily basis, but the Coronavirus pandemic has been especially hard for grocery store workers.  Deemed essential from the very beginning, grocery store workers have faced immense challenges, uncertainties, and risks just from the virus alone.  These workers found themselves at the forefront of a global crisis with little training or protection.  Armed with cloth masks, hand sanitizer, and disposable gloves, these essential workers have plowed through the pandemic, but not without stress, worry, and fear.  Even the most routine tasks at work can cause worry.  Just accepting bills and coins come with risk.  While the public was being told to stay home and away from large stores/crowds as much as possible, grocery workers were engaging in these activities every single day.

Next to healthcare providers, no workforce has proved more essential during the novel coronavirus pandemic than the 3 million U.S. grocery store employees who restock shelves and freezers, fill online orders and keep checkout lines moving. Although the public health guidelines are clear — steer clear of others — these workers are putting in longer shifts and taking on bigger workloads. Many reported being stressed and scared, especially as their colleagues fell ill and thousands upon thousands were reporting positive for Covid-19. 1 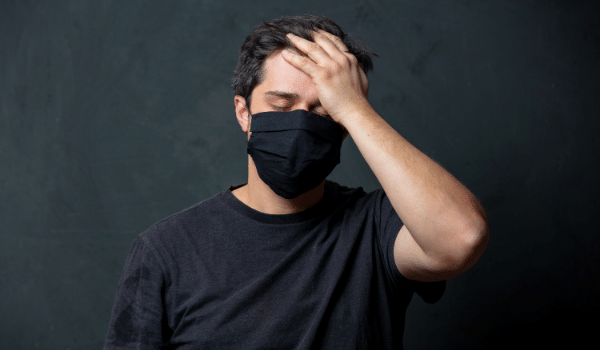 As the pandemic continued, albeit to a lesser degree, grocery store workers began to face a new issue.....confrontations with angry customers over mask requirements.

Many shoppers are currently required by the state, city, or local regulations to wear masks or other facial coverings. But it’s largely been left to grocery store employees and other workers to enforce those rules, despite having little or no training on how to do so.   Earlier this year, a Target security guard in Los Angeles broke his arm in a fight with two men being escorted from the store for allegedly not wearing masks. A man in Holly, Michigan was arrested and charged with assault for allegedly wiping his face on a Dollar Tree employee’s shirt on May 2 after being told he needed to wear a mask in the store. Some of these confrontations have turned deadly: In Flint, Michigan, four people were charged in connection to a fatal May 1 shooting of a dollar store security guard after an argument over mask rules. On May 18, a man was arrested for attempted murder after opening fire on an Aurora, Colorado Waffle House employee who repeatedly turned him away for not wearing a mask. 2  While the vast majority of people have been compliant with the mask rules, still, the possibility of another confrontation with an angry customer isn’t far from mind for many store employees. 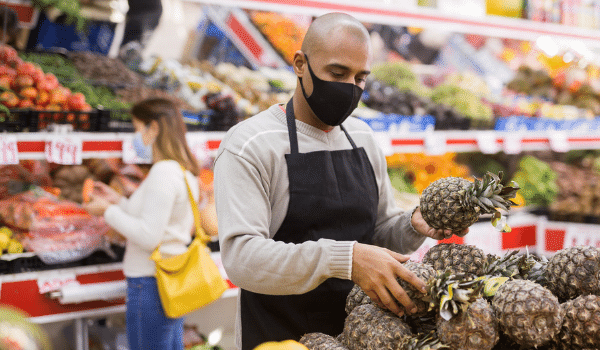 Recent attacks in Colorado and New York have added a new layer of vulnerability for millions of supermarket employees.

Joel Loomis remembers seeing police cars racing toward the store where he works. He remembers hearing reports of an active shooter. And mostly, he remembers the image he saw on YouTube that still haunts him: his 25-year-old manager, motionless, near the self-checkout, where he’d said hello to her the day before.  In the six weeks since a gunman killed 10 people — including his manager and two colleagues — at the King Soopers Market in Boulder, Loomis has come to avoid crowds and public places. He is sad, angry, and anxious, and following months of working the front lines of the pandemic, worn out.  His feelings are mirrored by many others.

The Boulder attack and other deadly grocery store shootings, including one last month in Long Island, underscore a new layer of vulnerability for millions of grocery workers, many already overwhelmed after taking on bigger workloads, longer hours, and heightened health risks in the year-plus of the pandemic.  While, statistically speaking, the risk of being killed at work is very small, that doesn't mean that it can't happen, nor does it mean that workers aren't feeling dread and fear about the potential. 3

Even workers not directly affected by the more recent shootings say they are struggling to sleep and are fearful of going to work, as they confront an ever-present threat of gun violence in the workplace. On April 20, less than a month after the Boulder shootings, a gunman opened fire in a Stop & Shop in Long Island, killing one manager and injuring two employees.


The past year has been a string of stresses: A disease that’s killed hundreds of grocery workers and infected thousands; verbal and physical altercations from customers who don’t want to adhere to mask requirements; and now, store shootings.

As grocery and retail workers are left with the question of how to move on in an industry with so many unknowns, how can we help to ease their fears in such an uncertain world?  How can we allow workers to shake the fear and feelings of being in danger?

Gun violence has become an ever-growing threat over the last half-century, starting with the 1966 shooting by a student at the University of Texas at Austin that killed 17.  According to GunViolenceArchive.org from 2014- May 2, 2021, there have been: 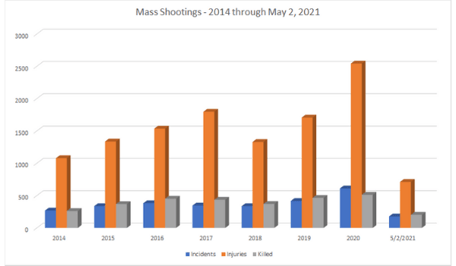 These stats are based upon incidents including four or more injured or killed during a shooting, not including the shooter.

Studies have proven that performing simple tasks, such as entering your passcode into your phone, then dialing 911 can be nearly impossible for most people when their lives are in danger. Dialing 911 also requires that your mobile device is on your person during the onset of the event, that you remain calm, and that you clearly communicate to the operator the specifics of your situation.  If a person has connectivity issues or needs to remain quiet to avoid the shooter, dialing 911 can quickly become a challenge.

Having dedicated hardware that is readily accessible and easy to operate is KEY when it comes to life-saving tools.  The methodology utilized to place the ASR Alert button stations is different for every client and/or organization. By having a dedicated button that is mounted in convenient locations or wearing a pendant, staff can activate an alert to staff and provide law enforcement with all of the necessary information to respond with the PRESS OF A BUTTON. By depressing the ASR Alert Button, Law Enforcement Dispatch knows:

As we continue to see active shooter events across the country, it's no longer acceptable to assume it can never happen in a particular community.  Let ASR show you how to prepare for the best possible outcome should an active shooter situation happen in your building.  SCHEDULE A VIRTUAL DEMONSTRATION FOR YOUR ORGANIZATION TODAY.  We will show you how your organization can better prepare and give you a tool to allow your employees to feel safer.