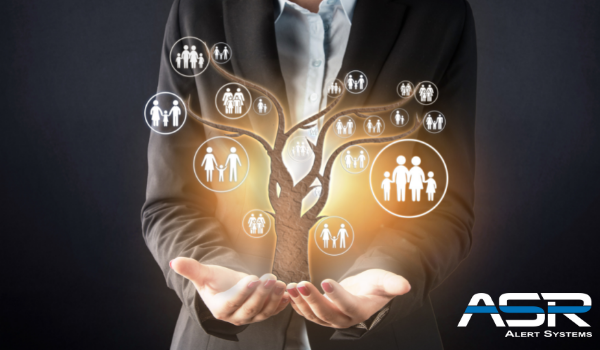 What is this Equation?

This number represents people that an organization will be accountable for if an active attack or other violent event takes place on their property.

How Does This Work?

You hire one person to work for you. That person has an average of three others at home that depend on him/her. You then multiply the number of people working for the company (using a company with a 200 person headcount as an example). That number is the total human accountability factor.  Accountability is the condition of having to answer, explain, or justify one’s actions (or inactions) to another. It often includes the possibility that you will be held responsible if your actions cannot be justified.

This formula represents the number of people that have the potential to file a civil suit against the organization in the aftermath of an active attack. Recovery is very hard once an incident like a shooting takes place on company property.

As mass shooting incidents become more frequent and widely reported, the perception of whether such events are foreseeable has begun to shift.

Based on the grim history of mass shootings & killings that have occurred in more recent times, together with evidence of warnings and the availability of mitigation technology (like ASR Alert Systems), courts are finding enough evidence to create a genuine dispute of fact as to whether defendants knew or should have known of such threats. Foreseeability and best practice are now being questioned when considering standards and duty of care.

WHAT measures could ORGANIZATIONS have taken that might have prevented the attack or mitigated its consequences?

An identified and significant turning point in liability was the Las Vegas Music Festival Shooting ($800M settlement). Recent articles as published by the ABA and Wall Street Journal further highlight the visibility these types of events are receiving. When we consider the shift that is happening with liability as it relates to organizations and active shooter foreseeability, it's worthy to note that schools and organizations have a vested interest in doing all they can to protect their invitees. Meaning all persons that may be in an organization's buildings or in its immediate vicinity. Lawsuits alleging that an entity did not do all it could to protect its invitees are gaining momentum as active shooter events become more common and hence more foreseeable as evidenced by the even more recent settlement in the Marjory Stoneman Douglas case (parents were awarded $25M).

RELATED:  The U.S. to pay $130 million to resolve claims over 2018 Parkland school shooting

Is Your Organization Prepared?

Our critical incident response technology uses hard-mounted buttons, mobile pendants, and a mobile phone application to DIRECTLY communicate with first responders in the area to significantly decrease response times to an active threat or crisis situation.  If you are a decision-maker for school or business safety and would like to schedule a FREE VIRTUAL DEMONSTRATION of this life-saving technology, please fill out the form below or CLICK HERE.