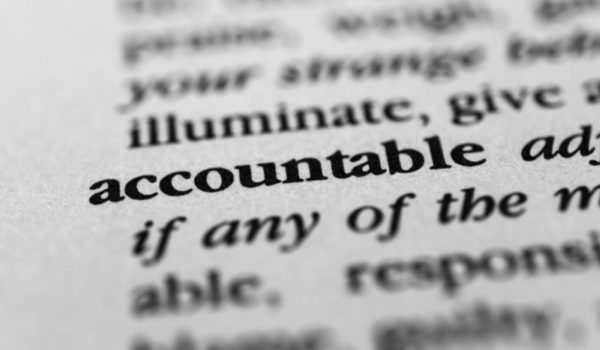 The U.S. government has reached a settlement valued at nearly $130 million with the families of students and faculty who were killed and injured during the 2018 shooting at Marjory Stoneman Douglas High School in Parkland, Florida.

The settlement, once finalized, would resolve litigation seeking to hold the FBI accountable for its handling of tips involving the teenage shooter.

Parents of Parkland victims alleged in a 2018 lawsuit that FBI tip line employees acted negligently in their handling of tips regarding Cruz's stated desire to carry out a school shooting and his growing collection of assault-style rifles and ammunition.

The FBI has admitted that it failed to properly investigate two tips warning federal law enforcement that a former Marjory Stoneman Douglas High School student was planning an armed attack. Just 40 days before the Valentine’s Day massacre, a female caller to the FBI tip line reported that the former student had purchased guns and she feared he was “going to slip into a school and start shooting the place up.” She told the FBI, “I know he’s going to explode.”

Another tip alerted officials to a comment on YouTube believed to be made by the suspected gunman, announcing plans to become “a professional school shooter.” Neither report was forwarded to the FBI’s South Florida office and the former student, who had been expelled a year earlier, was never contacted.

The court settlement’s details are confidential, but a person familiar with the agreement told the Associated Press the government will pay $127.5 million to resolve the lawsuit from the 40 families accusing the FBI of negligence. The tragedy resulted in the deaths of 14 students and three faculty members and left 17 others injured.  The massacre was one of the deadliest school shootings in U.S. history.  The 23-year-old defendant pleaded guilty in October to 17 counts of murder and 17 counts of attempted murder. A trial scheduled for early 2022 will decide whether he receives the death penalty or life imprisonment.

“I cannot remember in my 30-plus years in the school safety field a time where I’ve ever seen a federal agency — in this case obviously the FBI — sued and settled, especially to this extent,” said Trump, who was hired as an expert witness by defense attorneys representing Broward County Public Schools following the Parkland shooting. He’s also worked on lawsuits following the 2012 mass school shooting in Newtown, Connecticut, and the 2017 tragedy in San Bernardino, California.

In a similar move last month, the Justice Department announced an $88 million settlement with the survivors and families of those killed during a mass shooting at a South Carolina church in 2015. That lawsuit accused the FBI of failing to prevent the shooter — a self-proclaimed white supremacist who hoped to start a “race war” — from purchasing a gun to carry out the attack.

Andrew Pollack whose 18-year-old daughter Meadow was killed in the shooting commended the FBI for accepting wrongdoing and said that other agencies, including the local school district and sheriff’s office, have failed to acknowledge their mistakes.

The settlement in the FBI case followed three years of motions and other legal processes before the government decided to settle for the unusually large sum of money.  These financial settlements should serve as a wake-up call to districts and businesses across the country.

The Precedence Has Now Been Set

A legal precedent is now a reality for educational, corporate, and governmental organizations that may be used as an example in dealing with subsequent similar instances.  This settlement may be persuasive to courts in other jurisdictions, in subsequent cases involving similar facts.

Litigation over mass shootings. Mass shooting incidents also can lead to significant and unique litigation exposures. The businesses and people that may be targeted for liability in a mass shooting event are varied and depend upon the circumstances, and potentially can include 1:

ASR Alert Systems is a patented state-of-the-art critical incident response technology specializing in the field of alert notifications to Law Enforcement and First Responders in the event of an active shooter or other crisis. Our technology can be customized to any industry, building, or event. We deliver customer-specific technology unmatched by anyone.  We are the only solution on the market today that goes DIRECT TO LAW ENFORCEMENT (we hold the patent on this technology).  All other commercially available solutions utilize third-party call centers.  The Patented ASR First Responder Dispatch Console is a stand-alone wireless (cellular) console that resides inside the dispatch centers or RTCC’s and does not require a computer or additional hardware.  Our patented method works great as a permanent solution or we can also integrate directly with police computer-assisted dispatch systems.  The difference is our comprehensive information exchange DIRECT WITH LAW ENFORCEMENT that will be responding to a critical event at your facility.

ASR is wholly dedicated to saving time to save lives and we approach our critical incident response technology from the perspective of those responding to crisis events. ASR offers the best critical incident response technology solution in the industry. Our reliable and redundant methods of alerting persons who are in danger, as well as providing the fastest notification to law enforcement by communicating directly with police dispatch are not matched. Our patented critical incident response technology uses hard-mounted buttons, mobile pendants, and a mobile phone application to DIRECTLY communicate with first responders in the area to significantly decrease response times to an active threat or crisis situation.  Communicating DIRECTLY with first responders is what makes ASR different from every other system on the market, we hold the patent on this technology.

At ASR, we understand the complexities of active shooter and other crisis events.  Our staff is trained in all facets of these events and we approach all of our systems from a vulnerability assessment perspective.  We know that communicating accurate information to first responders is key to reducing confusion and is critical for everyone involved.   Saving time DOES save lives.  Saving lives can reduce risk.  Reducing risk can reduce liability.

Let us help your organization with our patented technology today by requesting a free virtual demonstration.