Sam Cassidy was a 57-year-old employee of the Valley Transportation Authority in San Jose, California, with 20 years of experience under his belt. While fellow employees were starting up the trains for the workday early in the morning on May 26, 2021, Cassidy appeared on the scene toting three handguns with 32 full magazines. By the time law enforcement arrived on the scene, Cassidy had discharged 39 rounds, killing eight coworkers (a ninth died just hours later) and himself and injuring others. 1

These are the sad facts reported by the news media on that fateful Wednesday. But what makes the situation worse is that it did not have to happen. Cassidy left many red flags. But those close to him failed to heed them. For instance, Cassidy had expressed dissatisfaction with his job at the VTA and that he wanted to kill some of his coworkers and bosses, but his threats went unheeded. As the VTA active shooting revealed, failure to act on red flags shown by a disgruntled employee can be fatal.2 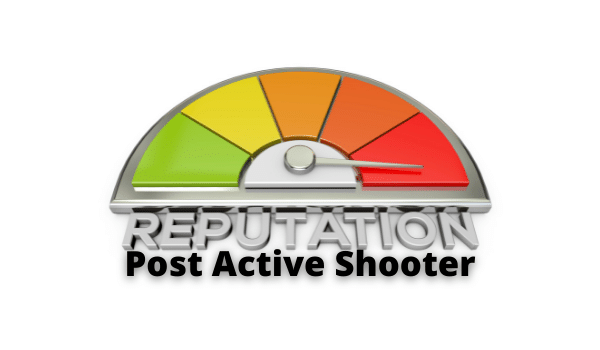 Months, and even years, after a violent workplace incident such as an active shooting, the employer is left to pick up the pieces and do damage control. For instance, even though most people knew little to nothing about the Valley Transportation Authority before the active shooting that occurred at its facility, its name, unfortunately, will probably be remembered as the place where a disgruntled employee fatally flew off the handle. Of course, there are legal issues involving the incident that will appear to have no end in sight for the employer. Local and federal authorities and litigating opposing counsels will be asking the employer at least two obvious questions3 :

The active-shooter incident may have ended, but the event is not over. The organization is now faced with moving past the losses and toward restoring operations. For many companies, the occurrence may not be survivable.4 After all, we have seen evidence that shows companies that suffer a significant crisis and then fail to properly respond, average an 11% loss or more of share value as explained in The Impact of Catastrophes on Shareholder Value produced by The Oxford Executive Research Briefings.5

Many factors can contribute to such a downfall, here are a few of particular note:

When companies fail to consider that incidents such as an active shooter can occur at their locations, then naturally these same companies fail to prepare for these events. In the aftermath, an underprepared organization fails to manage the onslaught of media attention, and often times this leaves the company image harmed, if not destroyed. With preparedness and crisis management protocols in place, a company can effectively communicate to its employees, shareholders, and the general public what measures the company took prior to the event happening.

The other aspect of loss is productivity – this truly occurs because of an organization’s lack of preparedness for a crisis. Certainly, some people will have a hard time coping and may never recover from such a horrific experience. But many could come back to work sooner and return to a productive life if the company builds a comprehensive plan. This plan should include the availability of crisis counselors with experience in violent incidents. Taking the time to brainstorm about what partners you need can quickly flush out the holes in the plan.

Litigation For Negligence and Duty of Care

Foreseeability is simply the acknowledgment that an incident can happen. Basically, if you can reasonably imagine something happening, it's foreseeable. As a matter of civil law, business owners are not liable for acts of violence committed on their properties—unless a jury decides they should have seen it coming. Historically, courts have found mass shootings to be so shocking and unexpected that no rational person could hold the property owner accountable.6 However, this attitude is quickly changing.

“Society’s collective awareness of mass shootings and our willingness to accept – and even expect – increased hardening of buildings and venues against potential attacks will have an undoubted effect on the standard of care for businesses going forward,” says Mike Steinlage, a lawyer at the firm Larson and King, who has worked on risk and liability. “We may eventually see liability safe harbors established for venues and businesses that take reasonable precautions against potential attacks, similar to the SAFETY Act for anti-terrorism-related technologies and safety measures.”7

According to the Gun Violence Archive, there were 611 mass shootings in the United States last year (2020). That follows 417 in 2019 and 336 in 2018. Not all of these tragic events make national headlines, but by now more than enough have occurred to give business owners pause. 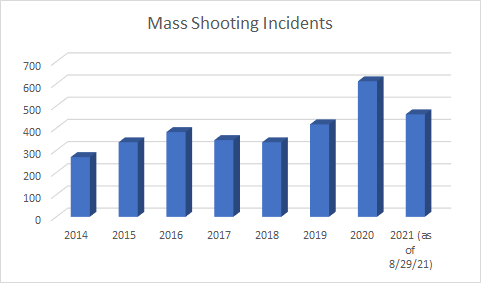 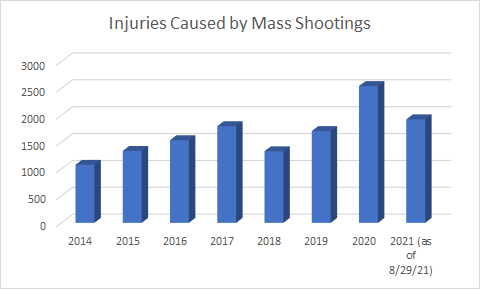 When a victim can prove that an event was foreseeable, the entire landscape surrounding liability changes.

It behooves business owners to consider how at risk their property is for an act of mass violence and secure their properties accordingly. Whether it’s government agencies, nonprofits, or companies, they often resist the cost of adding a protective measure like threat alert systems to boost safety should a crisis strike. Failure to protect the public and mitigate harm is what creates liability.

Many forms of liability can crush a company; however, a few are manageable if the organization meets or exceeds industry standards and best practices, including10: 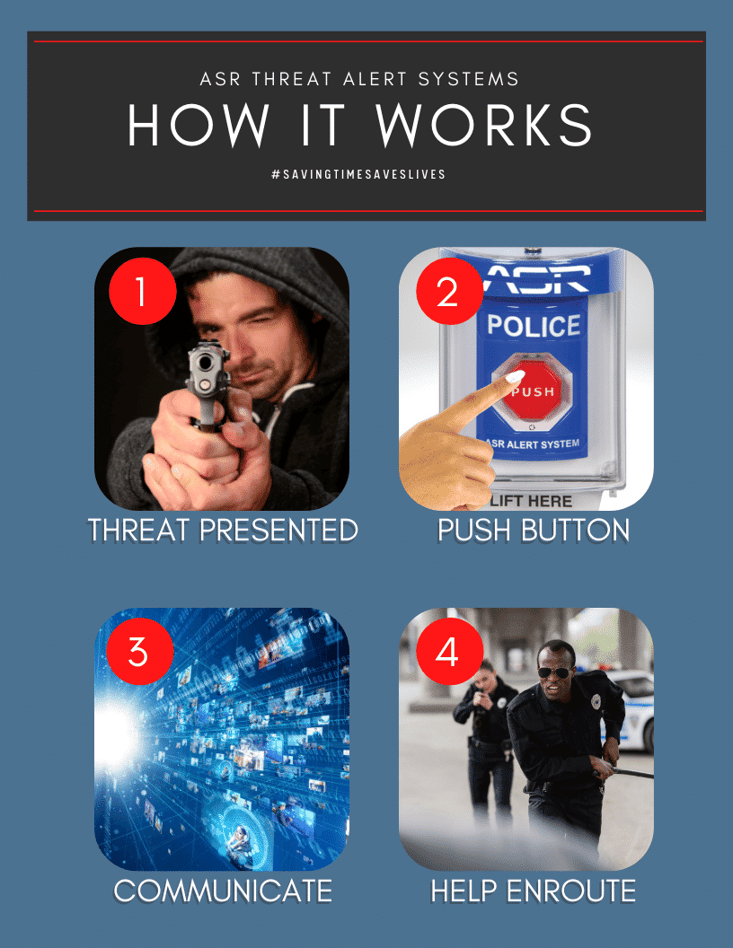 To help make active threat detection technology even more valuable for your organization, the ASR system can be integrated with other security-related systems including Video Management Systems (VMS),  Access Control Systems, Public Announcement (PAs), and Scrolling Board Platforms.  ASR can also be integrated into Law Enforcement Real-Time Crimes Centers (RTCC) and 911 Dispatch Computer Automated Dispatch (CAD) software. Having ASR as part of your organization's incident response plan is a value-added benefit.

To schedule a free virtual demonstration of the ASR Threat Alert System, please CONTACT US today.

1, 2,  3  THE VTA ACTIVE SHOOTING COULD HAVE BEEN AVOIDED

4, 10 The Active Shooter Incident Has Ended – Road to Recovery

5  The Impact of Catastrophes on Shareholder Value

6, 7,  8 Reasonable and necessary measures’: In an active shooter world, these 4 things could spell liability.