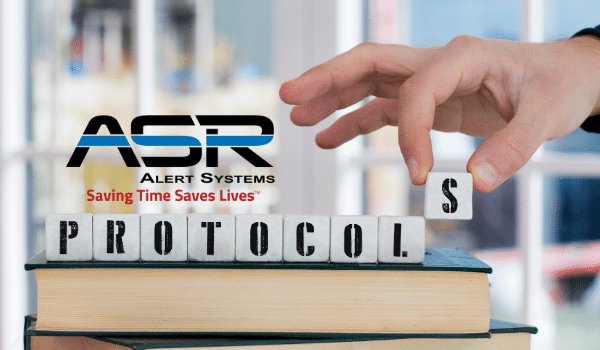 All across the United States, we are seeing a dramatic drop off in Coronavirus cases, hospitalizations and deaths.  This is great news for us as a society and for our economies.  However, as we shift our lives out of lockdowns, closures, and restrictions, we must reignite our diligence when it comes to active attack protocols, and we MUST do it now.

The Covid-19 pandemic has been all-consuming for schools and businesses alike.  Efforts to increase the safety of organizations as they relate to the Coronavirus have eaten away at budgets and the attention of decision-makers.  We have poured our heart and souls into keeping employees, students and patrons safe from Covid-19 to the best of our abilities.  Now that vaccinations are being more expeditiously rolled out, we are starting to see a small light at the end of the Covid-19 tunnel.  But what lurks at the end of that tunnel as we begin a "return to normal"?

In recent weeks, there has been an uptick in news stories covering violence and shooting incidents.  On the first day of in-person learning at a middle school in Arkansas (March 1st), a young boy was shot.  In February, a 13-year-old girl was arrested after threatening a school shooting on Snapchat.  On Feb. 12, 16-year-old Stanley Freeman Jr. was fatally shot as he was driving away from his school campus at the end of the school day, reports Knox News. Although the shooting did not occur on campus, shots could be heard at the school and it was placed on lockdown.  Four days later, 15-year-old Janaria Muhammad was shot in the same area. Officers found Muhammad unconscious with at least one gunshot wound. She was taken to a nearby hospital where she was pronounced dead, according to her sister. No arrests have been made.  Another student, 15-year-old Justin Taylor, died on Jan. 27 after police were called to a Baptist Center parking lot where they found the victim suffering from a gunshot wound. Police have since arrested and charged a 17-year-old male with negligent homicide.

Mass shootings jumped nearly 50% in 2020, due in large part to a pandemic year rife with crippling unemployment, violent protests and idle youth and it seems 2021 will be no different.  While many have hope that a slow trickle back to normal will help, we must understand that we are likely in store for a rough year of violence.

Now is the time to prepare by reviewing and renewing your active shooter and active attack protocols.  Why?  Because the best way to get the brain to perform under extreme fear or stress is to repeatedly run it through rehearsals beforehand.  As the military puts it, the "Eight P's" - Proper Prior Planning and Preparation Prevents Piss-Poor Performance. 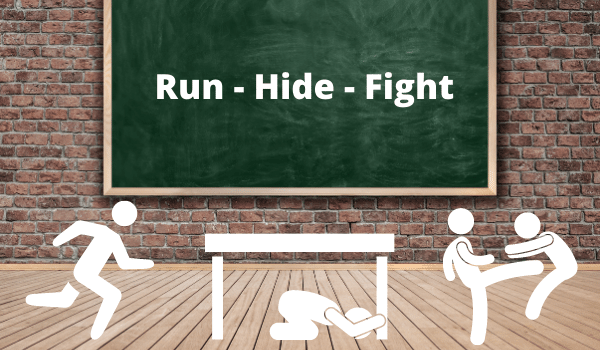 One such popular protocol is Run-Hide-Fight.  If your organization does not have current protocols in place, this is one of the easier ones to remember in times of overwhelming fear and anxiety.

This is just one example of one readily utilized active threat protocol in schools and businesses across the country.  Whatever protocols you have in place, the most important thing to highlight right now is that you need to get back at it.  It's likely been months upon months since you, your staff, or your students have practiced your protocols.  Whatever they may be, it's time to practice, practice, practice.

In a life-threatening situation, fear can paralyze you.  Fine motor skills and the completion of basic tasks can become impossible.  You have heard the saying, paralyzed with fear for a reason because it actually happens to most people in some form during a crisis situation.  Fear requires two things:  "An awareness of a threat and a sense of being powerless to deal with that threat", says Stephen Flynn (a Homeland Security Expert and former US Coast Guard Officer).  We alleviate the fear by alleviating the powerlessness.  We are only powerless when we don't have a plan.  It's your responsibility to review that plan again now.

A Plan is Only as Good as the Response to It 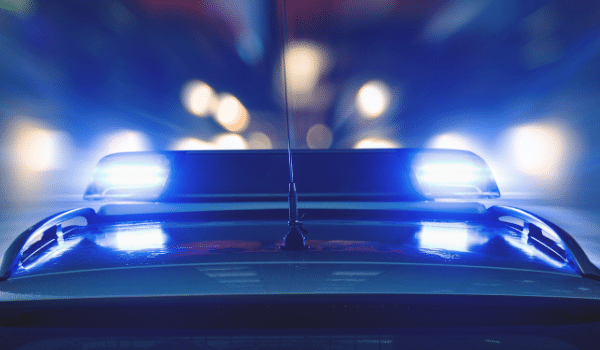 During an active attack, your safety plan is in place to keep you alive as long as possible, until help arrives to eliminate the threat and resolve the hostile situation. In the event of any report of an active shooter or attacker, a rapid response by law enforcement is key.   This is ASR's bread and butter.

ASR Alert Systems is a patented state-of-the-art critical incident response technology specializing in the field of alert notifications to Law Enforcement and First Responders in the event of an active shooter or other crisis. Our critical incident response technology uses hard-mounted buttons, mobile pendants and an optional mobile phone application to DIRECTLY communicate with first responders in the area to significantly decrease response times to an active threat or crisis situation.

Having dedicated hardware that is readily accessible and easy to operate is KEY when it comes to life-saving tools. By having a dedicated button that is mounted in convenient locations (such as in a classroom or near office doors) or wearing a pendant, staff can activate an alert and provide law enforcement with all of the necessary information to respond with the PRESS OF A BUTTON. By depressing the ASR Alert Button, Law Enforcement Dispatch know the location name, address, location within the facility, and type of emergency.

Remember the "call 911" portion of the Run/Hide/Fight protocol?  The ASR Threat Alert system skips over this step and communicates directly with police dispatch as well as law enforcement in the area of the attack.  Rather than victims calling 911 and giving detailed information about what is happening (when they should be remaining as quiet as possible), the ASR Threat Alert System does that automatically with the push of a button.

WITH THE PUSH OF A BUTTON.

Having a plan, practicing the plan, and having state-of-the-art communication is your recipe for the best possible outcome should tragedy strike.  Let ASR show you how to prepare should an active shooter or violent situation happen in your building.