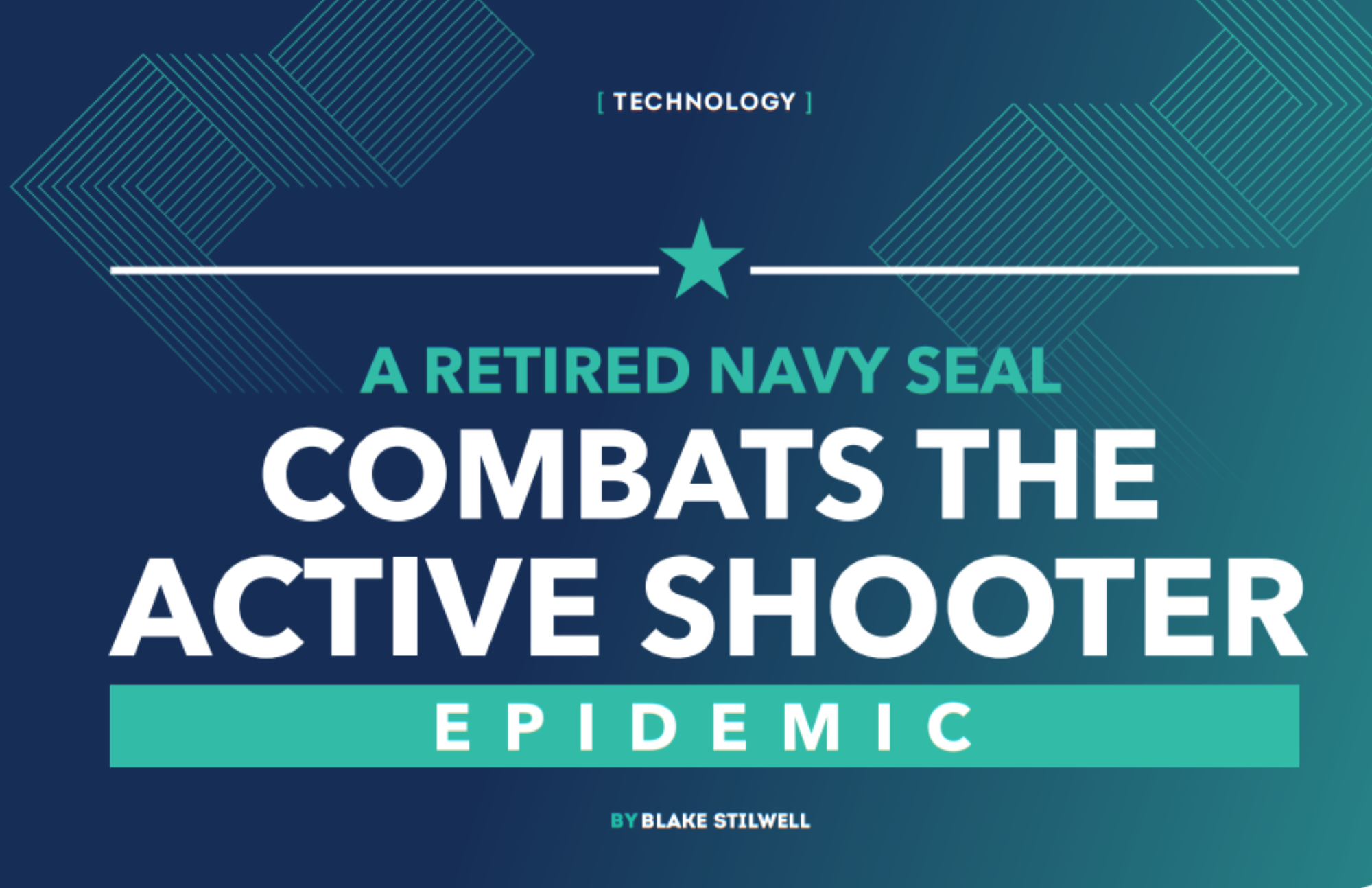 While every community affected by gun violence is shaken to its core, there is at least one citizen in Florida who’s a little more at ease.

Hector Delgado, a retired Navy SEAL and founder of ASR Alert Systems, found a way to minimize the harm done by an active shooter. “The violence is spilling into Walmart(s) and distribution warehouses now, not just schools,” said Delgado. “And we don’t see schools or the Department of Education making adjustments.”

Mass shootings are an epidemic on the rise. Gun Violence Archive statistics from 2020 show that they increased by 47% in 2020, with 513 deaths and 2,543 injuries. Delgado’s ASR System alerts everyone in the area, as well as local police officers, of an active shooter, while pinpointing the shooter’s location — with no more effort than pulling a fire alarm.

He spent 29 years in both active duty and reserve service, including tours in Ramadi, Iraq, with SEAL Team 3, along with time in Naval Special Warfare units elsewhere in the Middle East and in Europe, Africa, and South America. He later became a special agent with Homeland Security Investigations, from which he also retired.  Delgado used his years of experience as a SEAL and in the Department of Homeland Security to create an active shooter response training program that taught everyone, from students and teachers to corporate offices, how to respond to an active shooter event. “As a first responder, I see where the gaps in information are,” said Delgado. “I realized during my training that what we were lacking was a way to get critical information to first responders on the scene and to those under attack.”

The technological solution not only helps people make informed decisions when an active shooter situation arises but also informs and aids law enforcement, minimizing the harm they can do. In the wake of the shooting at Parkland, Florida’s Stoneman-Douglas High School in 2018, investigators found a host of officer-related and communications issues that resulted in a deadly, delayed response from law enforcement. The Parkland shooting became the deadliest high school shooting in U.S. history, with 17 dead and 17 more wounded. “Because of some of the training that we used to do, we have to think like a bad guy,” Delgado said. “Applying that training and how evil people and good people would think in response has allowed me to develop the technology in a manner that is functional for people that are working in open spaces, closed spaces, offices, hospitals.” The system Delgado developed is a patented, proprietary warning system that works in multilateral, instantaneous ways. When the shooting starts, the trigger for the alert requires someone to flip up the alarm’s cover and pull a handle, open a mobile app, or press a button on a pendant to sound the alert. Then the communication starts, through a proprietary platform developed for law enforcement.

Rather than sound an alarm that might force people out of rooms and into the line of fire, the alarm simply alerts everyone in the area via text message. An attachment to the text informs locals of the shooter’s location, complete with a map and picture of the scene. Based on their proximity to the shooter, employees and students will know whether they should flee or hide, based on their previous training. Local law enforcement who are provided with an ASR Alert System interface (from the company, free of charge) receive the same information as bystanders, all in less than three seconds.

During the Parkland shooting, it took a full two minutes to relay this information just to the 911 dispatcher, who then had to call it in over the radio for officers to actually respond. Even then, confusion reigned over the shooter’s location. ARS Alert Systems handles all of that in an instant. “When it comes to the active shooter, everyone needs to be aware of their surroundings,” said Delgado. “We’re not trying to make everyone into a SWAT team; we’re just trying to give everyone a chance by informing them. We don’t know what the future holds, but we can help prepare you for it.”