ASR Is Proud to Support

Alyssa’s Law addresses the issue of law enforcement response time when a life-threatening emergency occurs. The law calls for the installation of warning lights and a panic alarm in schools to provide the fastest possible support during a code red. In a code red, every second count.  Alyssa's Law has now been passed in the state of New Jersey and a bill has been filed on the state of Florida.  Petitions have been started to ensure the Alyssa Law gets passed at the national level.

The Alyssa Law was named after 14-year-old Alyssa Alhadeff, who lost her life in the Stoneman Douglas School shooting. Investigation of the tragedy found that insufficient response time was found to be a contributing factor in the loss of life.  The Alyssa Law would require all public elementary and secondary schools to install either silent panic alarms or alternative emergency mechanisms approved by The Department of Education. To learn more about Alyssa's Law and the organization behind it, visit the Make Our Schools Safe website. 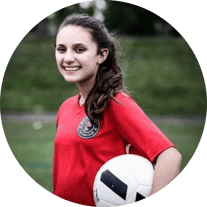 The bill is named after Alyssa Alhadeff, one of the 17 murdered during the 2018 attack at Broward County’s Marjory Stoneman Douglas High School.

This bill requires that schools consider their usefulness when developing their district-level school safety plans, and expressly authorize their inclusion within building-level safety plans. Following the tragedy in Uvalde, Texas, and so many before it, this bill is important step in making New York schools safer.  This measure will help to ensure that, in the horrific event of violence in a school, law enforcement can respond as quickly as possible, and there is no delay in all available law enforcement personnel responding.  Minutes saved in response time could save lives.

Assembly Version of this Bill: A10018

ASR Alert Systems is a state-of-the-art critical incident response technology specializing in the field of threat alert notifications to local Law Enforcement and First Responders in the event of a crisis. The threat notification capabilities include Active Shooter/Assailant, Medical, and Severe Weather. Our team of professionals has diverse experience in Security, Law Enforcement, and Special Operations Military. ASR has melded these capabilities for use in both the public and private sectors.

ASR’s President, Hector Delgado says, “Our system empowers students, faculty, and staff to notify local first responders, 911 dispatch, and all personnel within their facility in an active shooter/assailant situation with the simple push of a button. The notification pinpoints and provides the exact location of the threat. This not only helps police respond immediately with accurate information, but it also helps our students, faculty, and staff know where the threat is located so they can run away from the threat, not towards it. There is no question that the ASR Alert System can make a difference, we truly believe that saving time saves lives!” 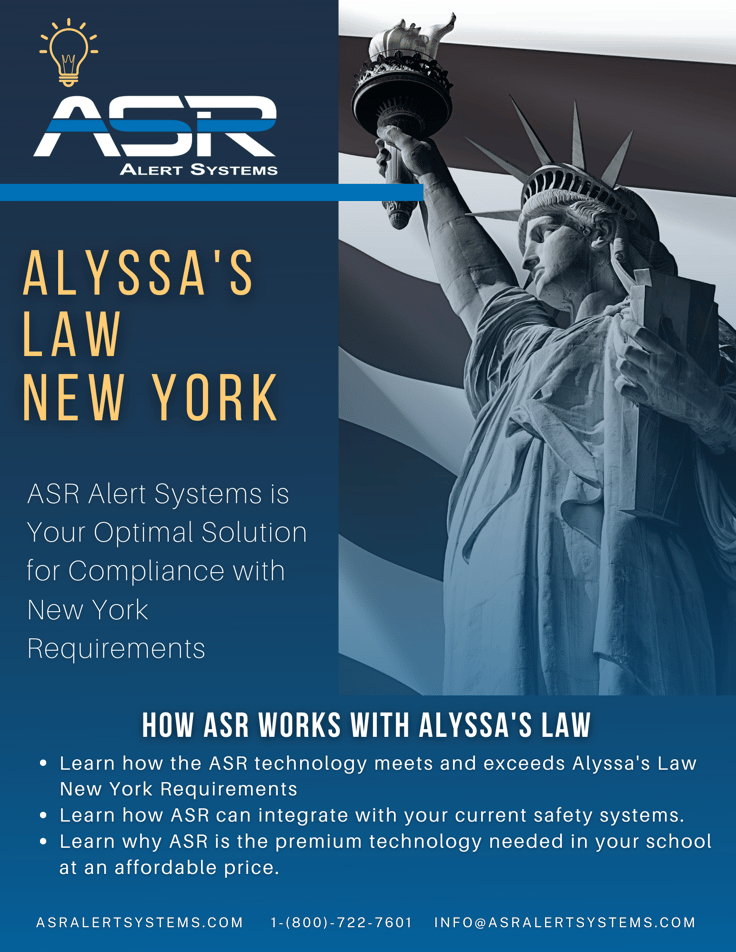 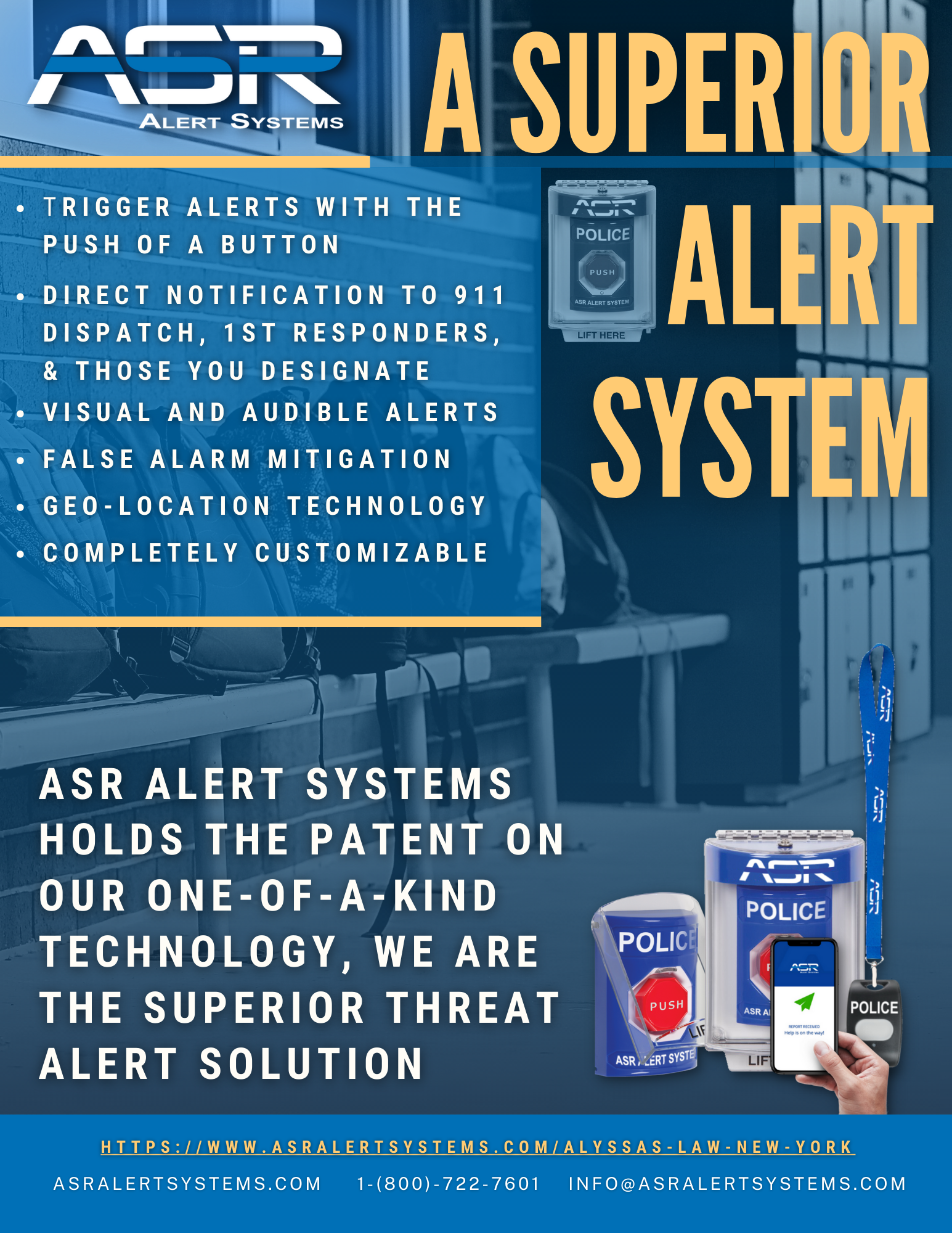 How You Can Help

Being involved with school safety is on every parents mind.  You can help to make certain that YOUR SCHOOL is implementing this life-saving critical incident response technology by encouraging your school to reach out to us to schedule a free demonstration.

Become a Voice for Change

A petition has been started to ensure the Alyssa Law gets passed at the national level. The law was passed in New Jersey earlier this year and implemented for the start of the 2019-2020 school year. State Representative Michael Gottlieb has sponsored the bill and will need the legislature to agree to allow alarms in schools.

The public can help bring Alyssa's Law through to the national level by signing the petition using the link below. The petition has a goal of 10,000 signatures.

We align with Make Our Schools Safe in their belief that no one should be afraid to go to school. Together, let’s provide secure environments where our children can focus on learning and growing without the worry of violence.

Donations will support MOSS security education in order to provide best practices and systems for change to schools across the country, funding for programs to be implemented, and shared educational workshops.

Donate to support the Make Our Schools Safe mission in making schools safe for everyone.

After careful investigation of the Parkland, FL shooting at Marjory Stoneman Douglas High School, insufficient emergency response time was found to be a major contributing factor in the loss of life that day.  With ASR alert systems, response time can be SIGNIFICANTLY shorter, more rapid, and wholly more efficient.  ASR is currently offering special deals in compliance with Alyssa's Law.

If you are interested in obtaining more information for your school or to schedule a demonstration of this life-saving technology, please fill out the following information.  An informed professional will reach out to you as quickly as possible to help you.