Both shootings and homicides are up dramatically from last year across the United States due to what experts say is a toxic stew of post-COVID 19 lockdowns, economic uncertainty, and a flood of guns. 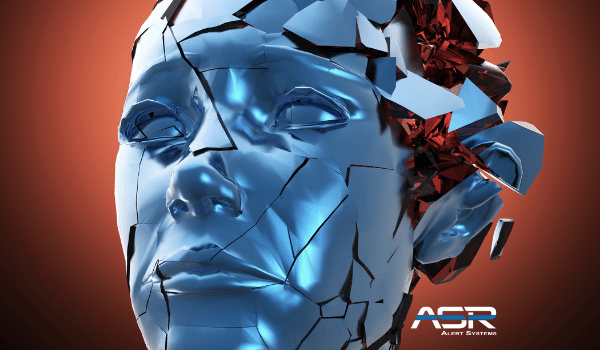 And it’s not just that there are more shootings.  More people are being shot in each incident, in part due to the availability of extended magazines and easy-to-carry “bullpup” style semi-automatic rifles, said Mark Bryant, executive director of the Gun Violence Archive, which tracks gun violence nationally using a combination of police statistics and media reports.

The number of homicides is approaching those seen in the late 1980s and early 1990s.  Current homicide rates are 15 deaths per 100,000 residents nationally, compared to 28 per 100,000 in 1993, according to Council on Criminal Justice, a nonpartisan think tank. But the council also noted that murder rates through the first half of 2021 are 16% higher than the same period last year and 42% higher than in 2019.

Why is it Happening?

FBI statistics indicate nearly 40 million guns were legally sold in 2020, the highest level recorded since it began tracking the data in 1998. Experts say millions of legally purchased guns often end up in the hands of criminals and gang members through theft.

Bryant said suburban residents have been legally buying guns because they feel unsafe, but fail to lock them up, which means they get stolen and sold illegally, fueling the cycle.

Community activists say the influx of federal coronavirus stimulus payments helped exacerbate conflicts that previously might have ended in punches thrown and a broken nose.  These COVID-19 relief payments likely fueled gun purchases among young men who ordinarily don't have so much money.

In Philadelphia, the number of homicides through the end of August -- 357 -- is already higher than in any full year in the past decade, according to city police.  Portland alone had nine shootings in 16 hours on Aug. 31, the police department reported.

What we have is a perfect storm for violence:

Translating the Trends to Organizations

The real world still ticks by when we are in our work or school bubbles.  Our personal lives always intersect our mood, performance, and personal interactions.  This is true at every level of an organization.

The more people we interact with within our schools or businesses, the more personal life intersections we encounter.  If we are seeing societal trends outside, we are likely to experience localized trends in our lives that mirror society as a whole.

If people are, in general, experiencing more stress, anger, and mental vulnerabilities we all begin to see our day-to-day interactions change as well.

Chances are, like many, you are seeing some disturbing trends across the United States.  No matter your politics, no matter your socioeconomic status, no matter where you live....things are sideways in some fashion and every single one of us has experienced it on some level.

As these challenges bubble up, they begin to boil, and oftentimes this can lead to an outburst of violent behavior that can cost lives.  Because we see it happening, we are also exposing ourselves to liability and risk if we neglect to implement strategies to mitigate the harm from violence in our schools and organizations.

What Can a School or Business Do?

Any organization that has a foreseeable risk is obligated to take steps to mitigate the harms of those risks to the organization's employees, invitees, and also their bottom line.  When a security decision-maker sees an obvious risk, they then need to seek out solutions.  A few things that schools and organizations might wish to consider are:

The long and the short of it is that decision-makers must first determine how they can stop violence from happening in the first place.  Understanding that this is not always possible, organizations must simultaneously determine what their vulnerabilities are if a bad actor is planning a violent attack while also deploying protocols and technology to reduce losses if a violent attack occurs.  In this manner, an organization better performs its duty of care for its employees and patrons in anticipation of possible crisis events.

When the general public is in a state of increased stress or anger, society itself becomes more vulnerable to extreme behaviors.  By being conscious of these societal vulnerabilities, the decision-makers of an organization or school can better frame an awareness that violent attacks can happen to anyone, anywhere, and at any time.  Finally, by recognizing that a crisis violent event, like an active shooter, can happen (or may have an increased likelihood of happening due to the general state of things) - an organization is better framed to plan and prepare for the events so that the best possible outcomes can be achieved.

Portions of this article originally appeared on USA TODAY: Crime and guns: Across US, homicides, mass shootings skyrocket

ASR Alert Systems is a patented state-of-the-art critical incident response technology specializing in the field of alert notifications to Law Enforcement and First Responders in the event of an active shooter or other crisis.  Our technology can be customized to any industry, building, or event.  We deliver customer-specific technology unmatched by anyone.  Click to LEARN MORE or to SCHEDULE a free virtual interactive demo today.