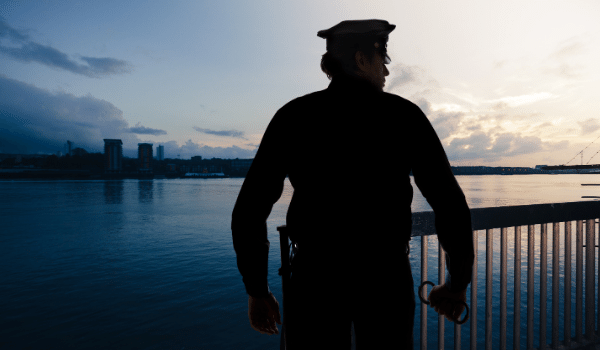 Officer.com asked thousands of law enforcement leaders what their biggest public safety concerns were for 2021.  Mid-year in 2020, Officer.com performed a survey to determine the temperature of the law enforcement industry taking into consideration the command community. The survey was completed by a significant number of chiefs and sheriffs, along with plenty of officers and deputies at the rank of lieutenant and above. The last question of the survey asked what challenges or types of incidents they were most concerned about when they thought about 2021. There were nine optional answers and they were free to check as many as they felt might be a challenge. Let’s take a look at the 9 options.

The specific answer options were indicated in the following order of "worry" or likelihood of event according to the opinions of actual law enforcement professionals:

The “other” category allowed for specifying and almost all of them were either location-specific (i.e. national monument vandalism) or reworded variations of the options already listed above.

Now let’s take a look at the highest "worry" events that relate to threat alert systems.

Active Shooter/Active Killer events in an educational institution is still at the top of the list and Active Shooter events in commercial venues (non-educational setting) comes in as a top five concern for law enforcement. Active Shooter concerns have been in all of the Officer.com recent surveys of this type. This should come as no surprise. Unfortunately, such events still occur and the mainstream media makes sure they are front and center of everyone’s attention. While some of the events have been prevented with early intervention made possible by received intelligence, not all of them can be prevented. When one occurs, all that can be done is to ensure that law enforcement personnel, policies, training, communication, and equipment are up to the task of response.

Once the threat has been neutralized and the scene secured, the next most immediate concern is the medical care of all victims. Any officer not actively engaged in security will be attending to the wounded and should have the necessary trauma kit/training to do so. All of these observations about Active Shooters in any educational institution also apply to active shooters in commercial/business environments.

To ensure loss of life is kept at a minimum, it requires quick and reliable information to law enforcement.  Fast information being communicated directly to those responding is key.  The alert system must be easy to operate and require little to no fine motor skills to be effective.

There is little that safety officials can do to address natural disasters or weather-related events.  One way we can help the community as a whole is to communicate accurate information to those being affected by the weather emergency so that they may shelter and say as safe as possible.  This proactive approach can mitigate a lot of medical response once the event is concluded.  Quick, systematic, and accurate alerts help to create quick, systematic, and accurate responses by those in danger.

Protests and riot events are, unfortunately, likely going to be with us on a fairly regular basis. These events require strong leadership and management skills to address. Manpower, overtime, shift adjustments, overtime management, allied agency relationships, mutual aid agreements... all of these items are affected by and impact law enforcement's ability to respond. On January 6, 2021, our nation saw what is the first riot to penetrate the nation’s Capital Building (at least in most of our lifetimes). One officer died, 56 others were injured, 68 arrests were made and an assortment of explosive devices were seized. Riots that grow out of protests have been seen in almost every major city in the United States and agencies have to be prepared for them on a short-notice basis.  We have to keep our officers aware of the threat of and trained to respond to, ambush and other violent attacks.  In addition, fast information communication is essential to get the fastest response.

ASR Alert Systems is a state-of-the-art patented critical incident response technology specializing in the field of threat alert notifications to local Law Enforcement and First Responders in the event of a crisis. The threat notification capabilities include Active Shooter/Assailant, Medical Emergencies, Severe Weather, Security Issues, and more.  Here is how it works.

Communicating DIRECTLY with first responders is what makes ASR different from every other system on the market, we hold the patent on this technology.

Fortunately (or unfortunately?) the preparations, plans, and training necessary for response to mass casualty events have a lot of overlaps and similarities with response tactics that can go sideways. Managing big numbers of people has many common tactics at the highest level.

The one thing that every one of these potential events has in common is the inevitability of needed cooperative efforts. No matter how big or small an organization is, if one of these events occurs, you WILL be working with other agencies to either neutralize it, mitigate the effects of it, or recover from it.

If you don’t have the proper communication channels in effect now, prioritize them. If you aren’t training for response – make it a priority. Not a single one of us can afford to think, “It won’t happen here.” That’s the single most irresponsible thought you can have as a leader in your organization and community.

Let ASR show you how we can help you to better protect your school or organization.