Is your School prepared with an emergency alert system? 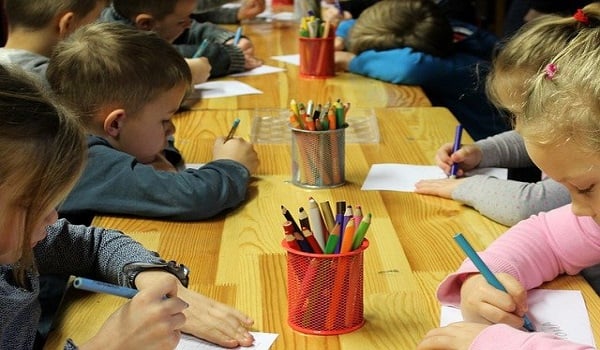 With today's threats of an active shooter, schools must be prepared to mitigate the risk by implementing an emergency alert system that can mitigate loss during an attack. Active shooter occurrences are unusual incidents and represent a small subset of the possible violent events at schools. While uncommon, these occasions are of great concern to all those involved in school security throughout the nation.

In 2014, the Federal Bureau of Investigation (FBI) released its first in a series of reports that covered active shooter occurrences in the United States, following the Investigative Assistance for Violent Crimes Act of 2012. Educational settings were the second-most typical location for active shooter incidents, behind incidents in commercial settings. Over the past twenty years, we have seen shootings at schools increase throughout the years. With these past loss events of mass shooters in schools, law enforcement and victims involved in past incidents can help impact better security measures to be adopted in schools. From 2000 to 2017, there were 37 active shooter events at secondary and primary schools.

What is an Alarm/Alert System

Active shooter scenarios are challenging to prepare for and can be much harder to react to. One of the most significant challenges is sharing information about what is occurring with others in the building. Suppose an active shooter gets on one floor or is at the end of the School's building. How do you let the people in the other areas know? How do you alert the others and alert law enforcement quickly? This is where the ASR alert system can help mitigate losses and send a response quickly during duress.

A notification system can help mitigate the threat. Still, numerous warning systems offer complex warning alerts, many of which are less efficient than others. Having a warning system that sends mass SMS text messaging to occupants in the building and first responders can make a difference in response and deny an active shooter's threat. ASR warning alerts are sent out instantly to all those registered into the system that a threat is happening in the building. ASR automated notification system is installed in critical locations to allow for an immediate response such as lockdown and alert first responders to the threat's location.

Most active shooter training emphasizes that an individual's first option is to get away from an active shooter. However, suppose you see or hear an active shooter. In that case, you might feel a sense of obligation to alert the other people in the School of the danger. With a mobile-based mass notification system, you might require to open your phone or log into a web interface to discover the ideal message, wasting valuable seconds. ASR offers a mobile-based option as a secondary means to communicate the message to others through its wireless notification system.

Contact us today to learn more about our products and speak to a trusted security advisor to add an ASR alert system in your school or business.