Have you ever been personally threatened with bodily harm or death by another individual?  Most of us have faced some form of threatening behavior in our lives, most often verbally, but most have not come face to face with a threat like an active shooter situation.

Think back to a time when you were being threatened by another individual.  Generally, this will have been a one-on-one personal confrontation.  Do you recall how you felt?  Do you recall feeling flush with anger/fear?  Were you nervous? How did you evaluate the threat?  How did you "size-up" your opponent?  Did you ever truly feel that your life was going to end?

The truth is, most of us have never really faced a life or death situation, and therefore have not truly encountered what a fundamental impact fear can have on our reactions in a life-threatening situation.

In any threatening situation, fear guides us and is typically at its peak once we have grasped the danger we face.  People's behavior in a disaster/tragic event is inexplicable until we understand the effect of fear on the body and mind.1

Did you know that an unexpected sound registering 90 decibels or louder sets off an instinctive alarm in human beings via the amygdala (a mass of nuclei in the brain's temporal lobe)?  The body reacts with a significant rise in blood pressure, and an increased heart rate while at the same time, the body becomes less able to reason and react.  This is due to a surge of cortisol which interferes with the ability to handle complex thinking.2

Here is how loud a gunshot is in decibels on average: 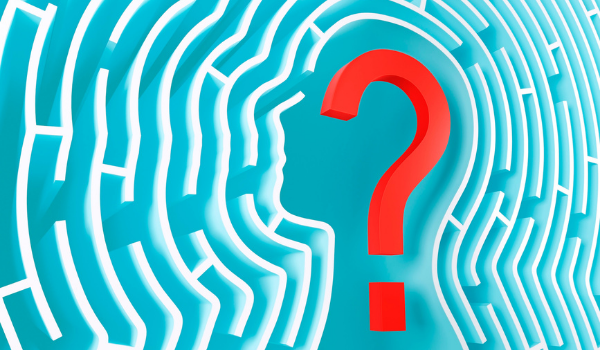 So imagine being in an active shooter situation and having trouble solving problems and navigating the situation while your senses are profoundly altered.  There simply isn't the time needed to tap into the brain's regular cognitive abilities as the stimuli continue to erupt around you.  Time and space can decouple and seem disjointed.  Sounds can become muffled, muted, or distorted.  Your body can become numb and you are likely to experience extreme memory issues.  This consequently can significantly disturb your fine motor skills and your ability to act with rationality.

Training to Combat the Fear Response

Muscle memory is a form of procedural memory that involves consolidating a specific motor task into memory through repetition, which has been used synonymously with motor learning.  In the absence of muscle memory, during a crisis, many fine motor skills a person normally has full faculty over will likely be diminished or lost.  First responders train for this stress and fear response, most civilians do not.  This is why crisis-response education like active shooter training is so vital. In the event that violence should occur, every on-site person should be trained, prepared, and informed on the most effective actions they can take to protect their own safety and the safety of those around them.  The training should be memorable, consistent, and repeated on a regular basis so that those being trained can begin to develop muscle memory to aid in a life-threatening situation..

In addition to training our fear response, technology to simplify requests for help can literally save your life.  Even after training for crisis events, there will be some level of fear response for almost every person involved in a life-or-death situation.  As space and time become distorted for victims, so does their ability to perform tasks.  If a chosen technology is too complicated to access, requires too many steps, or necessitates the recall of specific information (location address, etc.) it runs the risk of failure when it matters most.  The key to successful technology in a crisis is thoughtless engagement to get help on the way.  That is where the ASR Threat Alert System changes the game.

The ASR Threat Alert System is a patented state-of-the-art critical incident response technology specializing in the field of alert notifications to Law Enforcement and First Responders in the event of an active shooter or other crisis. Our critical incident response technology uses hard-mounted buttons, mobile pendants, and an optional mobile phone application to DIRECTLY communicate with first responders in the area to significantly decrease response times to an active threat or crisis situation. We hold the patent on this direct communication.  Our technology can be customized to any industry, building, or event. We deliver customer-specific technology unmatched by anyone.  Learn more about the ASR Threat Alert System here.

Everyone thinks they know how they will react and respond to a crisis situation.  The truth is, you have no way of knowing how limited your cognitive abilities will become when a crisis does strike.  Being in a life-and-death situation is not a common occurrence in our daily lives, but you can better prepare yourselves for the best possible outcomes with consistent training and proper technology.  ASR can help.